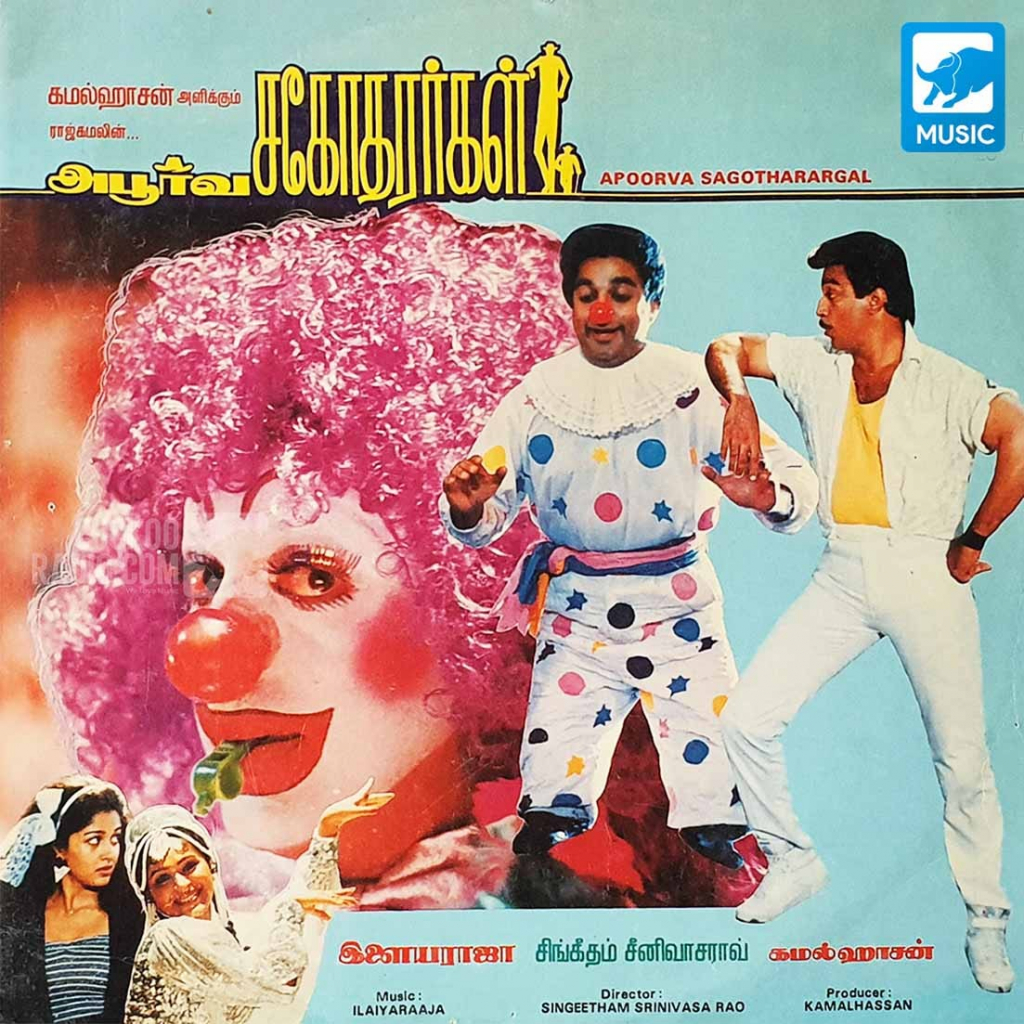 Apoorva Sagodharargal  is a 1989 Indian Tamil-language masala film directed by Singeetam Srinivasa Rao. The film features an ensemble cast including Kamal Haasan, Jaishankar, Nagesh, Gautami, Rupini, Manorama, Srividya, Janagaraj, Moulee, Delhi Ganesh and Nassar. It revolves around twins Raju and Appu who were separated during childhood and grew up in different localities, and Appu’s quest for revenge upon learning that his father was killed by four criminals.

Apoorva Sagodharargal was produced by Haasan and his brother Chandra Haasan under the production company Raaj Kamal Films International. The film’s story was written by Panchu Arunachalam, while Kamal Haasan and Crazy Mohan wrote the screenplay and dialogues respectively. B.Lenin and V. T. Vijayan handled editing respectively, while the cinematography was handled by P.C.Sriram. The music for the film was composed by Ilaiyaraaja, with lyrics written by Vaali.

Apoorva Sagodharargal premiered at the International Film Festival of India. The film was released on 14 April 1989, was a box office success and completed a 200-day run in theatres. It won the Filmfare Award for Best Film – Tamil, and two Tamil Nadu State Film Awards: Best Actor (Haasan) and Best Lyricist (Vaali). The film was dubbed into Telugu as Vichithra Sodarulu and into Hindi as Appu Raja in 1990.