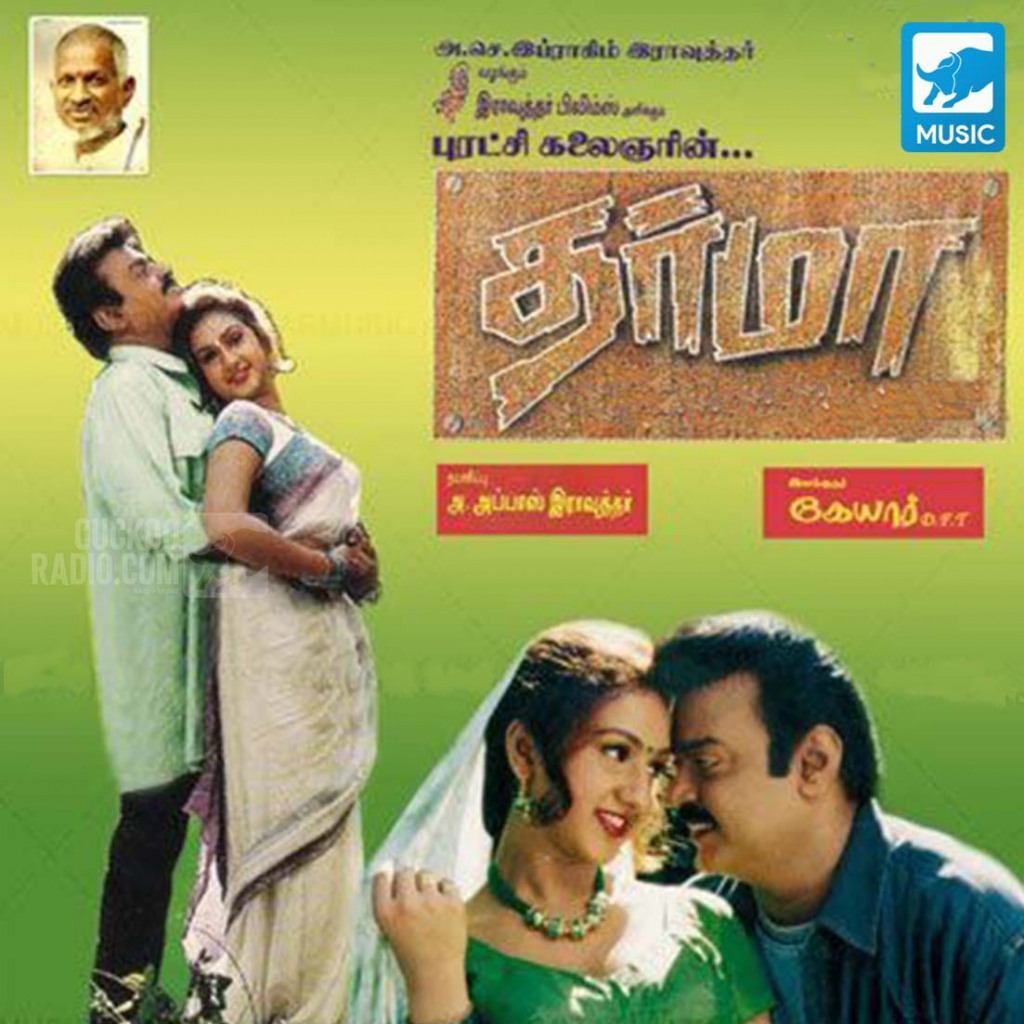 Dharma is a 1998 Tamil action film directed by Keyaar. The film features Vijayakanth and Preetha Vijayakumar in lead roles. The film, produced by A. Abbas Rowther, has a musical score by Ilaiyaraaja and was released on 9 July 1998. It was moderately successful at the box office. The film is a remake of the Hindi film Ziddi. It was dubbed in Telugu as Vikram Dharma.

Dharma (Vijayakanth) lives with his lawyer father (Jaishankar), mother (Vadivukkarasi), journalist brother Vijay (Thalaivasal Vijay), and beloved sister Geetha (Shilpa). Later, Dharma and Sharmila (Preetha Vijayakumar) fall in love with each other. Dharma is an angry man who cannot tolerate injustice. One day, his sister is molested by the rowdy Raja, and Dharma kills him in public. Thus, he is sent to jail. In the meantime, his friend Ranjith (Ranjith) becomes an ACP.

Upon his release from jail, Dharma becomes a powerful gangster who punishes the rowdies in his own way and helps the poor. The honest chief minister (S. S. Rajendran) then gives free hand to arrest all the goons including Dharma. Geetha then marries Ranjith.

The drug smuggler Daas (Mansoor Ali Khan), the notorious killer Khan (Ponnambalam), and the land grabber Amarnath (Kazan Khan) work under a corrupted politician Chakravarthy (Vinu Chakravarthy). They decide to kill the current Chief Minister, but Vijay has listened to their plan and immediately informs Ranjith. Surprisingly, Ranjith kills Vijay from behind. In fact, Ranjith is Raja’s brother (the man who was killed by Dharma) and wants to take revenge on Dharma.

Later, the Chief Minister is severely injured by the rowdies, but Dharma saves him and hides him in a secured place. Meanwhile, Geetha finds out that Vijay was killed by Ranjith, and Ranjith also kills her.

The police department seeks Dharma for kidnapping the Chief Minister. What transpires later forms the crux of the story.