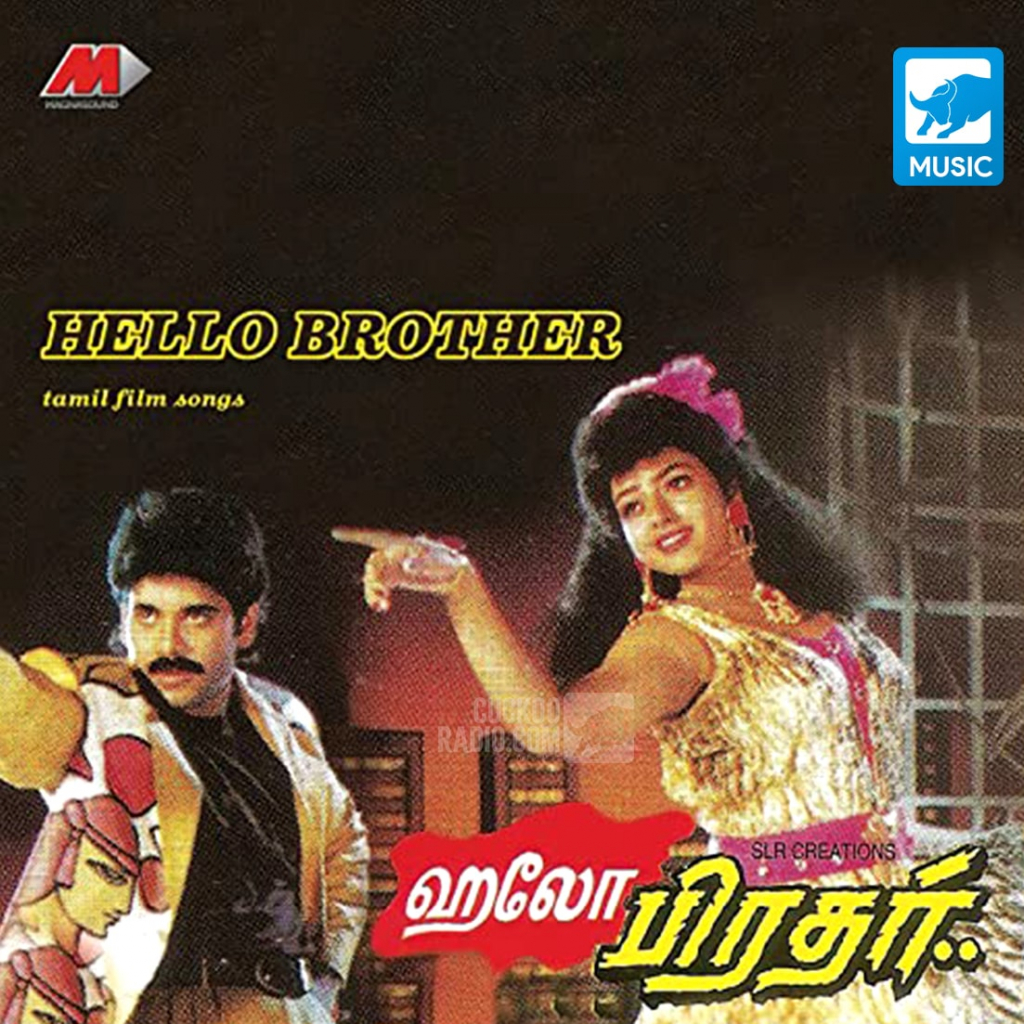 Hello Brother is a 1994 Telugu action-comedy film, produced by K. L. Narayana under the Sri Durga Arts banner, presented by S. Gopal Reddy and directed by E V V Satyanarayana. It stars Akkineni Nagarjuna, Ramya Krishna, Soundarya in the lead roles and music composed by Raj-Koti. The film is a remake of the Jackie Chan film Twin Dragons (1992), combined with plot elements borrowed from the Hindi film Kishen Kanhaiya (1990).

The film was declared a “blockbuster” at the box office. It was later remade in Hindi as Judwaa (1997) starring Salman Khan, and in Kannada as Cheluva starring V. Ravichandran.