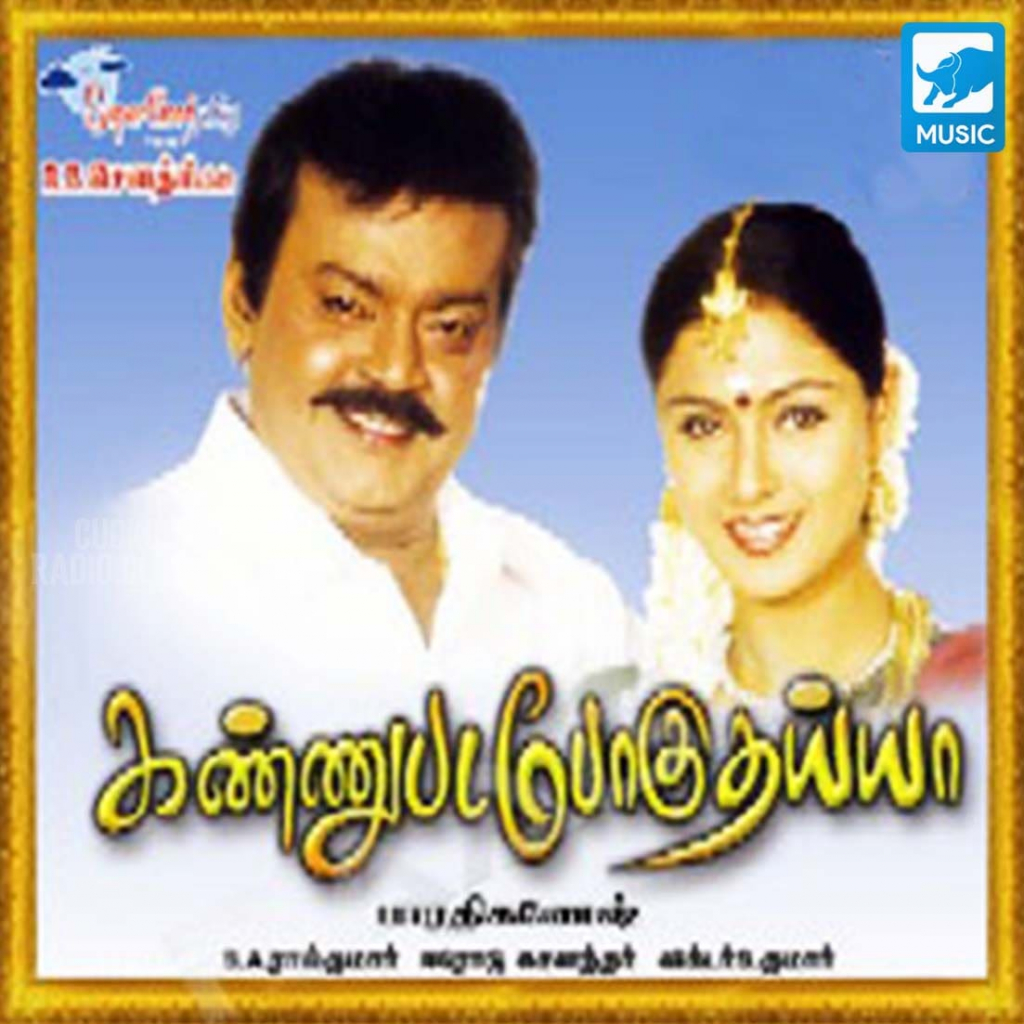 Kannupada Poguthaiya is a 1999 Indian Tamil-language family drama film directed by Bharathi Ganesh. It stars Vijayakanth in dual lead roles as father and son. The score and soundtrack were composed by S. A. Rajkumar. The movie was a blockbuster at the time of release.  It was later dubbed in Hindi as Karam Putra.

Paramasivam (Sivakumar), a rich landlord lives in a village along with his wife Parvathy (Lakshmi). Vetrivel (Vijayakanth) is their elder son and is widely respected by the villagers for his good deeds. Gowri (Simran) is the daughter of Ramakrishnan, a school teacher in the same village. Gowri returns to village after completing education from city and at first misunderstands Vetrivel as an employee in Paramasivam’s home. Later she gets to know that Vetrivel is the son of Paramasivam. Slowly Vetrivel and Gowri start liking each other. Paramasivam and Parvathy also plans to get them married.

Subramani (Karan) is the younger brother of Vetrivel and he returns to the village after his completion of studies. One day, Subramani slips from a mountain nearby while taking photographs of a water fall. Gowri hears his voice and rushes to the spot along with other people and Subramani is rescued by the villagers. This makes Subramani to fall for Gowri and he expresses his intention of marrying Gowri to Vetrivel. Vetrivel is so kind towards his brother and he decides to sacrifice his love for the sake of his brother. Vetrivel also convinces Paramasivam and Parvathy to get married Subramani first although he is the younger son. Gowri is shocked knowing about the marriage plans but accepts just because of the respect she has towards Vetrivel’s words. Subramani and Gowri get married.

Chinna (Charle) works in Paramasivam’s home and he could not tolerate Vetrivel’s sacrifice. One day Chinna drinks and confesses the truth to Vetrivel’s Parents. They decide to get Vetrivel married immediately to Rasathi (Radhika Chowdry), who is Parvathy’s relative. But Rasathi’s father Maniyaandar (Anandaraj) and grandfather Angaala Thevar (Radha Ravi) have vengeance over Parvathy and Paramasivam and they wanted them to be killed.

In the meantime, doctor checks Gowri and informs that she is not pregnant. Subramani realizes his mistake and apologizes to Vetrivel and Gowri. Finally Vetrivel is married to Rasathi on request of Gowri and also wins the heart of her father.