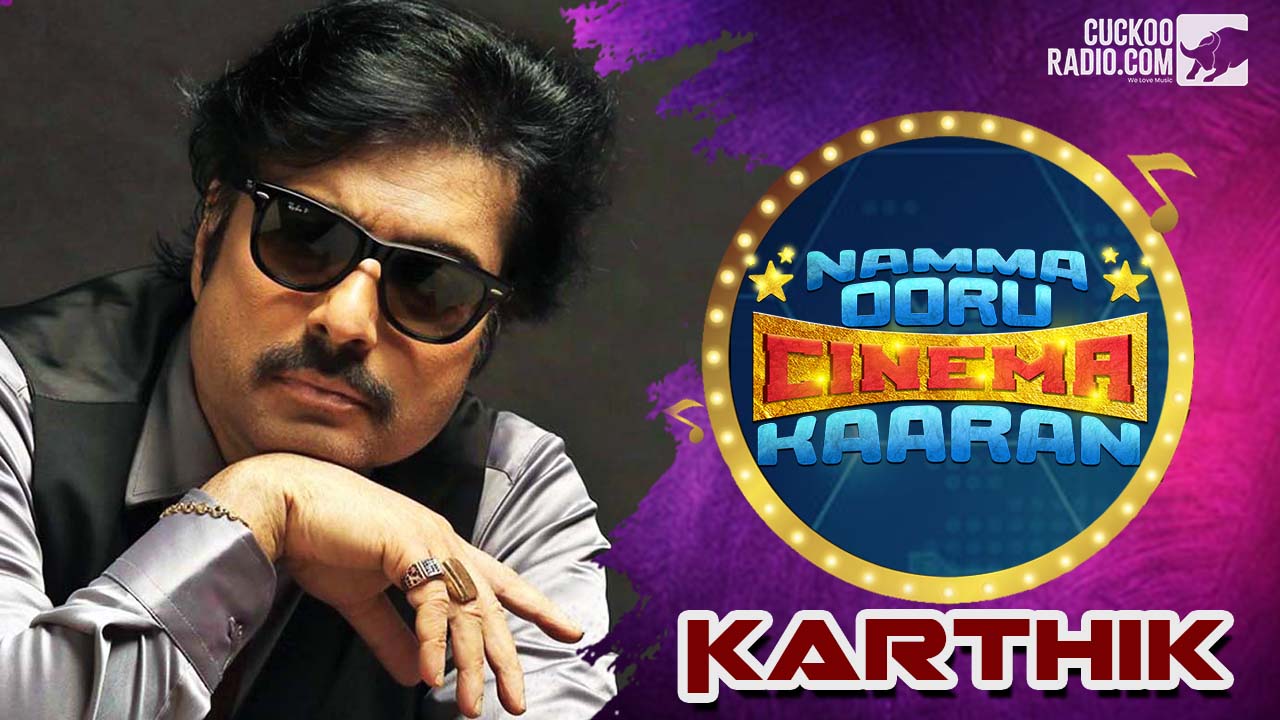 Murali Karthikeyan Muthuraman, better known by stage name Karthik, is an Indian film actor, playback singer and politician who works mainly in Tamil cinema. He is the son of actor R. Muthuraman. He was first introduced by Bharathiraja in the film Alaigal Oivathillai (1981). He has primarily appeared in lead roles in Tamil films, who was also known as Navarasa Nayagan. He has also appeared in some Telugu films. Karthik has acted in more than 125 films. He has been the recipient of the Tamil Nadu State Film Awards and the Nandi Award. He won four Filmfare Awards South.

Karthik was born on 13 September 1960 in Chennai to Muthuraman (known as “Navarasa Thilagam”), a popular Tamil film actor in 80’s, 90’s and 2000’s. He has two sons, Gautham and Ghayn, from his first marriage with Ragini, and another son, Thiran, from his second marriage with Rathi.

Karthik was first introduced by Bharathiraja in the film Alaigal Oivathillai. He has acted in Tamil and Telugu films. He has received the Best New Face Award from the Tamil Nadu Government in 1980, the Kalaimamani Award and the Nandi Award for Abhinandana.

He has received the best actor for three consecutive times by Tamil Nadu government. He is popular with the audience for sense of humor and was involved with several small comedy scenes in most of his movies. His cameo in Mouna Ragam was very well received by the audience. During his later years, he formed a partnership with Goundamani in doing comedy scenes.

His pairing with Rambha was a hit with audience as the pair provided good hits in the nineties. Karthik entered politics ahead of the 2006 Tamil Nadu Legislative Assembly election. He joined the All India Forward Bloc, and was appointed as the Secretary of the Tamil Nadu state unit of the party. He led the party during its electoral campaign On 24 September 2006.

He is married to actress Ragini, heroine of Solai Kuyil. His son is also planning to be launched as hero in Tamil movies.