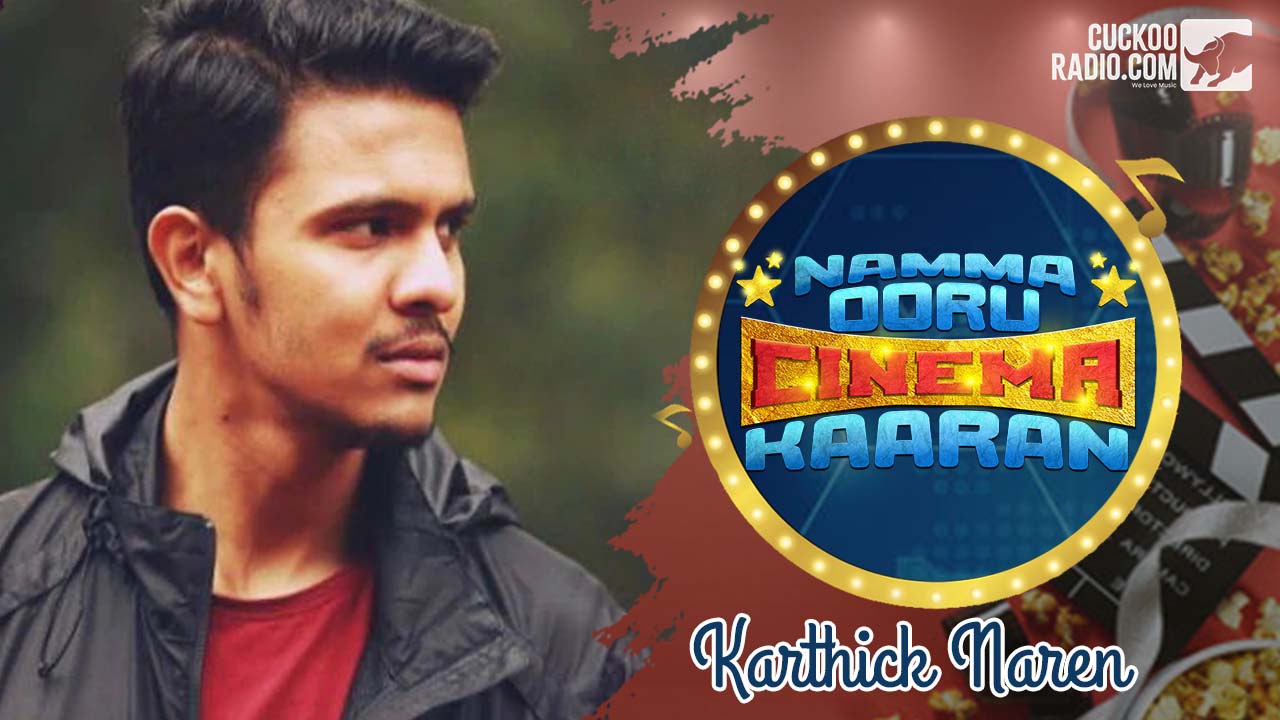 Karthick Naren, One of the youngest filmmakers to have a blockbuster under his belt – the Tamil whodunit D-16. The young man from Coimbatore is flush with the success of his first feature, the Tamil film Dhuruvangal Pathinaaru or D-16 (Sixteen Extremes). As the film crosses 75 days at the box office, he could well claim to be among the youngest filmmakers in the Tamil industry, if not in the country, to have a blockbuster under his belt. Naren’s sophomore project Naragasooran has an ensemble cast. Starring Arvind Swamy, Shriya Saran, Sundeep Kishan and Indrajith , the shoot of the film has been completed in 41 days. Naragasooran is produced by Badri Kasturi of Shradda Entertainment. The film has yet to see a theatrical release. Karthick Naren’s upcoming projects include Naadaga Medai under his banner Knight Nostalgia Filmotainment and an untitled project starring S.T.R.,produced by Vijaya Productions.

Karthick Naren was born on 23 July 1994 in Coimbatore, Tamilnadu to MNG Mani and Saradha Mani. A native of Ooty, he spent most of his life in Coimbatore. Naren completed his schooling at Lisieux Matriculation Higher Secondary School. He went on to join Mechanical Engineering at Kumaraguru College of Technology. He dropped out during his third year of Mechanical engineering course to pursue a career in filmmaking.Naren had directed several award-winning short films like Pradhi and Nirangal Moondru before his silver screen debut. Naren, however, did not know how his own journey would end when he dropped out of the third year of mechanical engineering course at Kumaraguru College of Technology in his home town to assist a firsttime filmmaker — Deeraj Vaidy. He left Coimbatore for Chennai in 2015. He recalls that doubt-wracked journey: “I was sceptical about moving to Chennai as everyone warned me about people who followed their big-screen dreams only to end up as failures. Initially, I didn’t even want to pursue filmmaking as a career, which is why I joined college. But after I started working on my short films, I thought, however difficult this could be, I am going to make movies,” Naren told ET Magazine. He has made five short films, with a couple of them, including the latest Pradhi, showcasing his love for thrillers.

As A Film Maker

Short-film director Karthick Naren made his transition to the big screen when he helmed Dhuruvangal Pathinaaru in 2016, at the age of 21. His next is the fantasy-thriller Naragasooran, slated for release this year. In an interview, he said he watched many films to glean information about directorial techniques. The self-proclaimed Christopher Nolan fan listed five films he learnt a lot from, saying the “distinctive features” of each made for a “unique learning” at every point. Naren made his directorial debut at the age of 22 with the critically and commercially successful thriller Dhuruvangal Pathinaaru.

Dhuruvangal Pathinaaru was bankrolled by his home banner Knight Nostalgia Filmotainment. The film crossed 100-days at the box office, becoming one of the highest grossing debut films in Kollywood.The film made Naren one of the most promising directors in Tamil Cinema.Naren’s sophomore project Naragasooran has an ensemble cast. Starring Arvind Swamy, Shriya Saran, Sundeep Kishan and Indrajith , the shoot of the film has been completed in 41 days. Naragasooran is produced by Badri Kasturi of Shradda Entertainment. The film has yet to see a theatrical release.