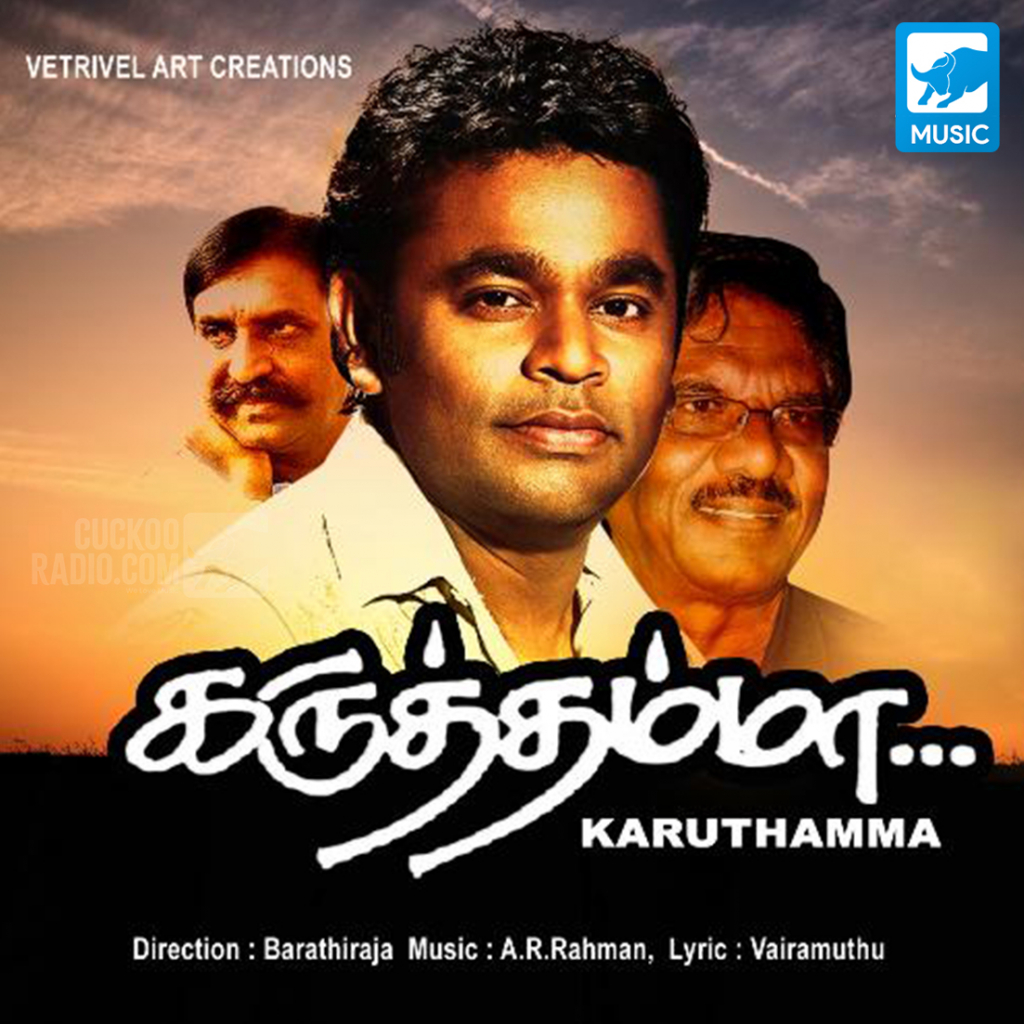 Karuthamma is a 1994 Indian Tamil-language drama film directed by Bharathiraja from a story by M. Rathna Kumar. The film stars Raja, Rajashree and Maheswari, with Saranya, Periyar Dasan, Kamala Sekhar, Janagaraj, Ponvannan, Vadivukkarasi, S. N. Lakshmi, Vaani and R. Sundarrajan in supporting roles. It is set in a village where female infanticide is prevalent and considered acceptable, but the title character is against.

Karuthamma was released on 3 November 1994 and became a commercial success. It won three National Film Awards, four Tamil Nadu State Film Awards and the Filmfare Award for Best Film – Tamil. The film brought wide attention to female infanticide and was instrumental in forced the government at national and state levels to act against this practice and bring in suitable laws to curb it.