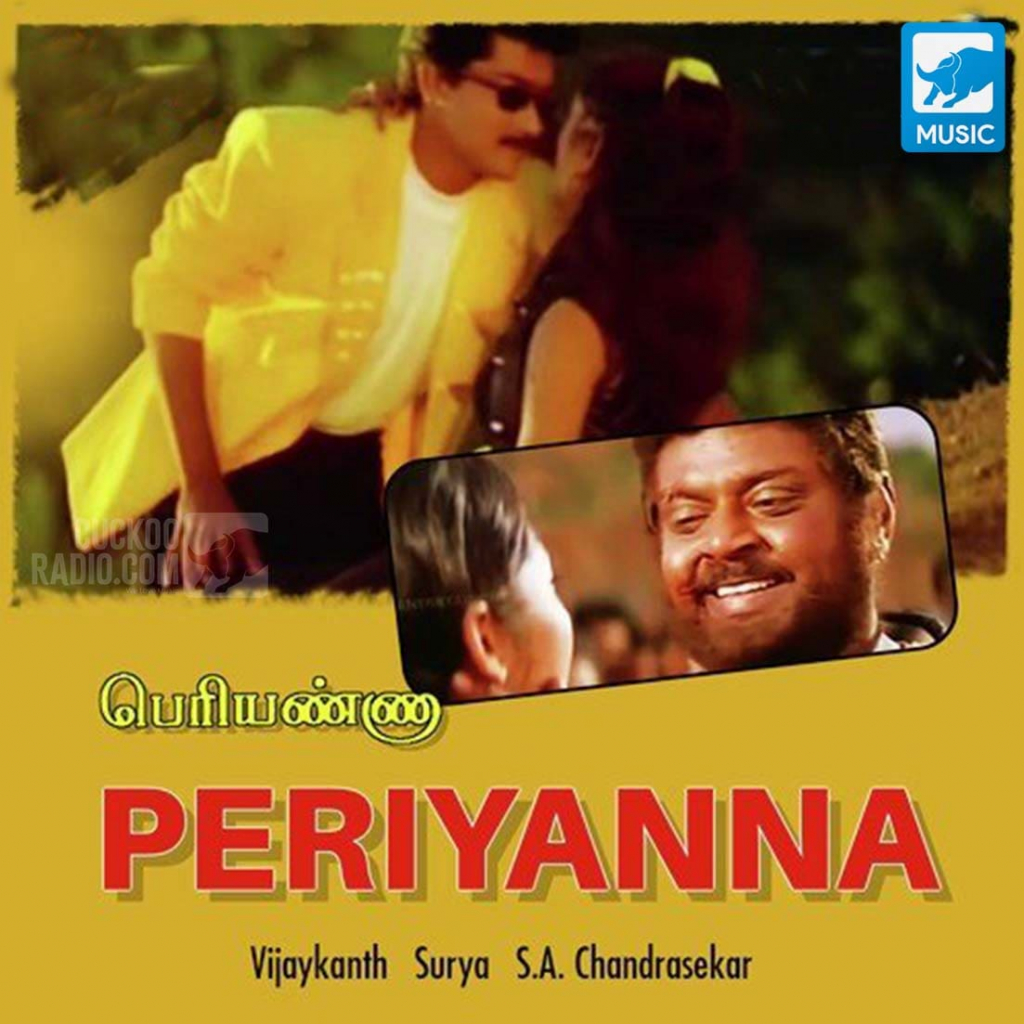 Periyanna is a 1999 Indian Tamil-language action drama film directed by S. A. Chandrasekhar featuring Suriya, Meena and Manasa in the lead roles and Vijayakanth in an extended cameo role. The soundtrack for this film was composed by debutant music director Bharani. The film was dubbed and released in Telugu as Brahmanna.

Suriya (Suriya), the main character, kills the villains who murder his family and had been sent to jail. During his time in jail, a well-respected minister celebrates his daughter’s birthday in prison. His daughter is impressed by Suriya’s talent in Violin percussion and convinces her father to grant her special permission to learn music from him. During this time, they fall in love with each other, and opposition grows from the girl’s parents and the police department. Then, they elope. They come to a remote town where they witness the murder of a collector in the railway station during broad daylight, but no one seems to care. They then see that the man who murdered the collector is the chief of the village, Periyanna (Vijayakanth), so they try to oppose him. In their time at the village, they learn about his past and change their mind about him. He promises them to get them married. The movie then moves towards the climax as whether the village chief will be successful in getting those two lovers married or the girl’s father will be successful in separating them by using the legal system against them.