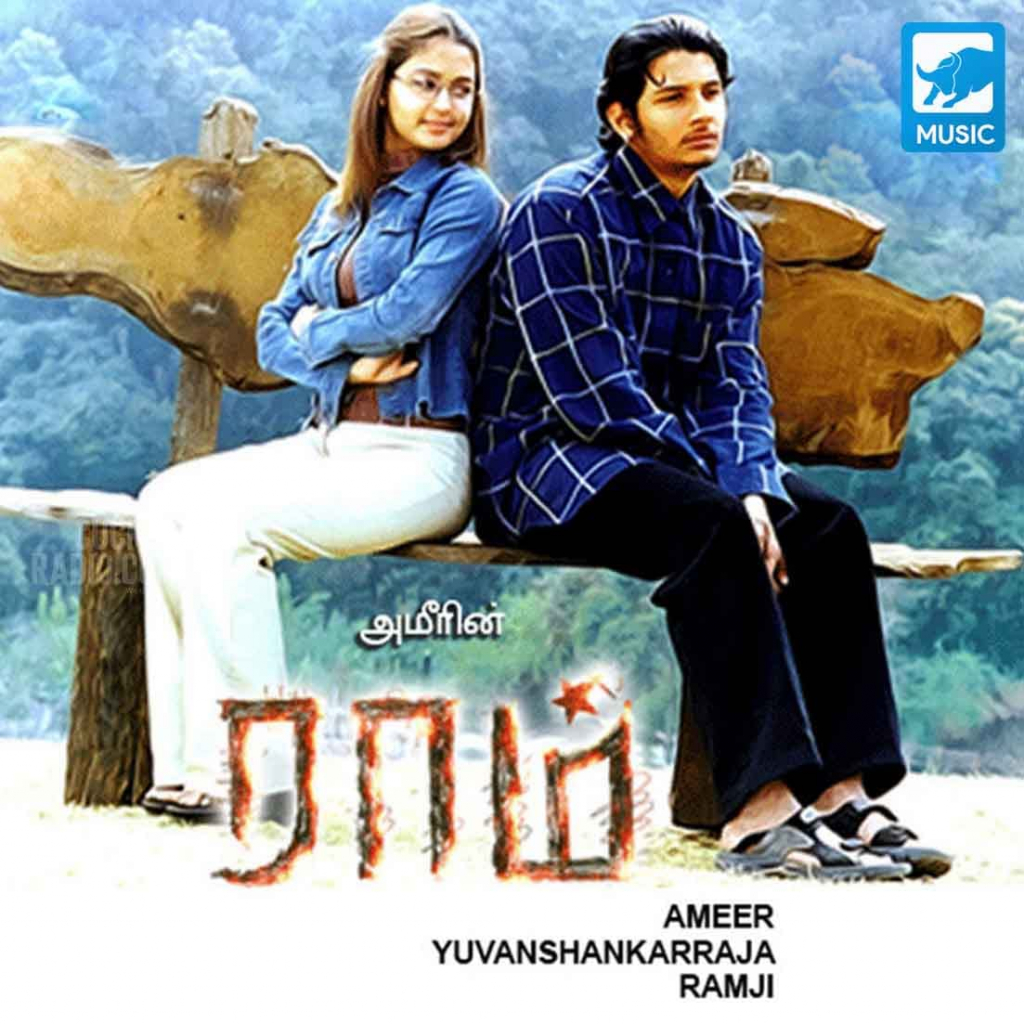 Raam is a 2005 Indian Tamil-language mystery drama film written, produced and directed by Ameer. The film stars Jiiva, Gajala and Saranya Ponvannan in lead roles with Kunal Shah, Rahman, Ganja Karuppu and Murali playing supporting roles. The film’s score and soundtrack are composed by Yuvan Shankar Raja. The film was released on 4 March 2005 and slowly became a sleeper hit. It was screened at the 2006 Cyprus International Film Festival, where it won two awards for Best Actor and Best Musical Score for Jiiva and Yuvan Shankar Raja, respectively. The film was critically acclaimed with praise for the performances of Jiiva and Saranya, screenplay, music and cinematography. The film was remade in Hindi as Bolo Raam (2009) and in Kannada as Huchcha 2 (2018).

The story revolves around a mother-son relationship set in Kodaikanal. The movie commences with Rama Krishna (Jiiva) and his mother Saradha (Saranya Ponvannan), a school teacher, lying in a pool of blood. The police finds that Raam is still alive and arrests him on charges of murdering his mother. Police Inspector Umar (Rahman) works on the case. The story is narrated in a flashback. Raam is a mentally affected teenager (later diagnosed as autistic) living dependent on his mother. His overcompulsive adoration for her lands her in various problems. Raam is provoked easily and tolerates little wrongdoing around him. Next door lives Karthikayeni (Gajala), the daughter of a Sub-Inspector Malaichamy (Murali). She falls for Raam, but upon telling him how she feels, gets a blunt response from him. One day, Saradha is found brutally murdered. Umar grills each and every person connected to her and Raam. Every possible motive Raam might have for murdering his mother is explored. Raam’s neighbors, Malaichamy, and his children are summoned by Umar for interrogation. The police eventually find out that it was Karthika’s brother Satish (Kunal Shah) who committed the murder, fearing Saradha would tell his parents about his drug addiction. When Umar confronts Satish and forces him to surrender, Satish fatally wounds him and escapes, injuring his father in the process. On finding her brother’s hideout, Karthika tries to plead with him to surrender, but he refuses to do so and ties her up. Raam, seeking vengeance, finds the hideout. A brutal fight occurs between the two, and Raam kills Satish. The film ends as the police find the hideout while Raam is meditating on a dilapidated roof.