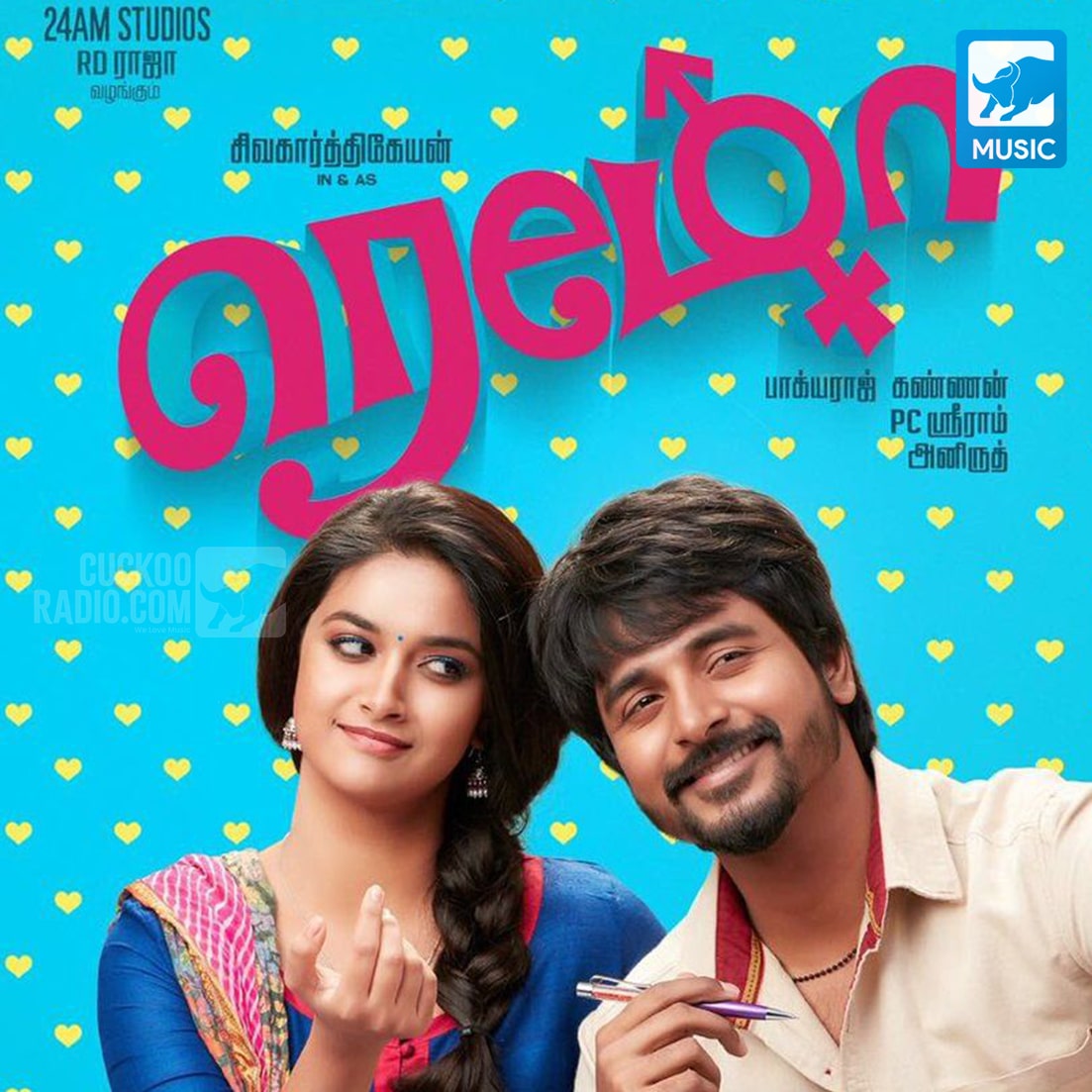 Remo is a 2016 Indian Tamil-language romantic comedy drama film written and directed by Bakkiyaraj Kannan, in his directorial debut and produced by R. D. Raja under his production banner 24AM Studios. The film stars Sivakarthikeyan and Keerthy Suresh in the leading roles, while Sathish, Rajendran, Aadukalam Naren, Anson Paul, K. S. Ravikumar, Saranya Ponvannan and Sri Divya portray supporting roles. The cinematography was handled by P. C. Sreeram, and editing work was done by Ruben. Academy-award-winning sound designer Resul Pookutty, was also a part of the film. The soundtrack album and background score has been composed by Anirudh Ravichander, and the soundtrack received positive response, upon release. The film follows, SK (played by Sivakarthikeyan) an aspiring actor, who decides to don as a female nurse, to test his acting skills and also to win the hearts of his lady love, who is a doctor by profession.

This is the debut film produced by R. D. Raja, who earlier worked as a creative producer for Sivakarthikeyan, in his movies Varuthapadatha Vaalibar Sangam, Maan Karate, Kakki Sattai and Rajini Murugan. Earlier he started his career a promotion consultant, for movies Boss Engira Baskaran, Enthiran and Jilla. The film was initially scheduled to release on 14 March 2015, but was briefly delayed due to the script completion, and finalizing the cast and crew. The project was started, with the announcement of technical crew on 1 July 2015. Principal photography of this film, took place on 25 October 2015, in Chennai, and continued till 2 August 2016; Filming was held in Chennai, Vizag and Pondicherry. The film’s title Remo was announced in February 2016.

The film had a worldwide theatrical release on 7 October 2016, coinciding with the occasion of Dusshera festival. The film received mixed reviews from critics, praising Sivakarthikeyan’s acting in the role of a female nurse, and the efforts he took for donning the make over. However, the film faced criticism for glorifying stalking and the way in which Keerthy Suresh’s character was written for the film. It became a commercial success grossing ₹140 crore, amidst the budget of ₹50 crore. The film was dubbed into Telugu under the same title, and was released on 25 November 2016. It was remade in Odia as Sister Sridevi (2017).