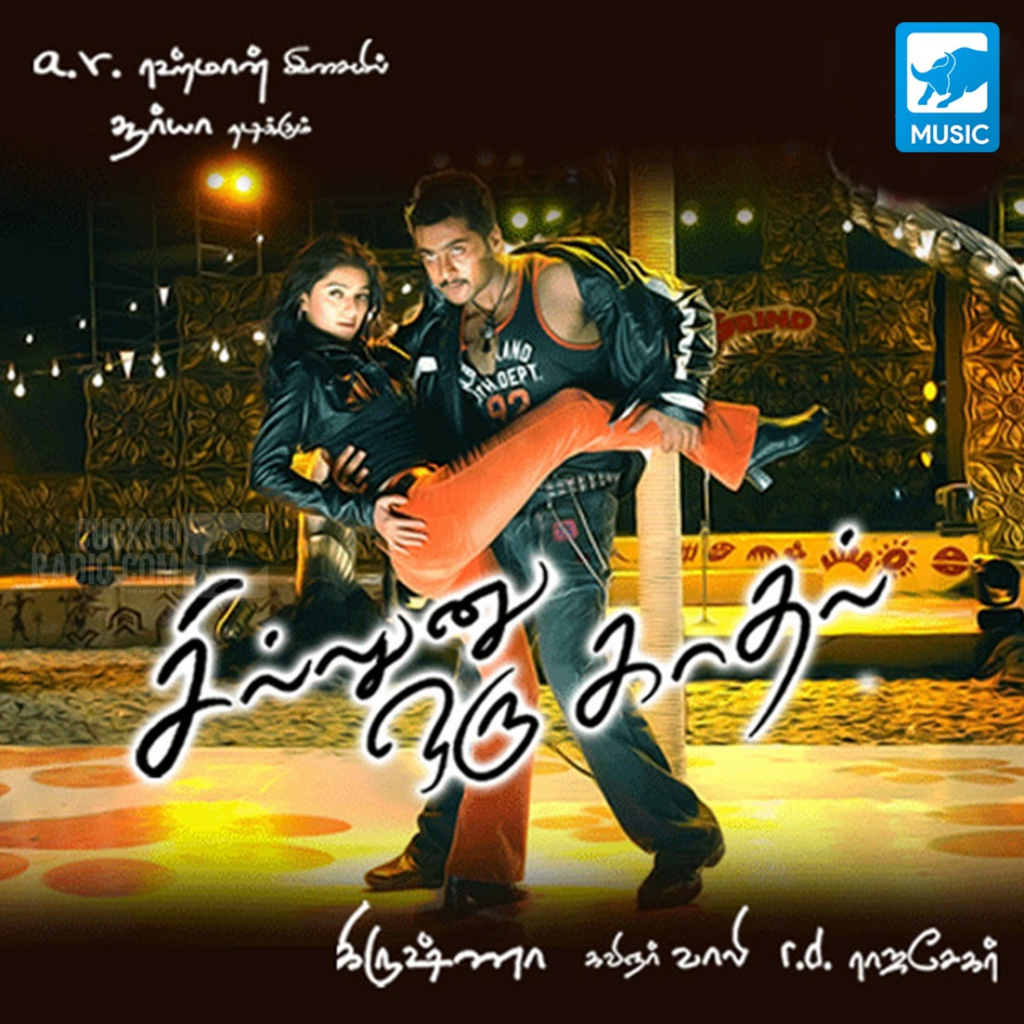 Sillunu Oru Kaadhal  is a 2006 Indian Tamil romantic drama film written and directed by N. Krishna. It starred Suriya, Jyothika and Bhumika in pivotal roles, while Shriya Sharma, Sukanya, Vadivelu and Santhanam played other pivotal roles. The film’s score and soundtrack were composed by A. R. Rahman, with lyrics by the Indian poet Vaali; cinematography for the film was handled by R. D. Rajasekhar and editing was handled by Anthony. The film was released on 8 September 2006, three days before the wedding of Suriya and Jyothika. Bhumika Chawla made her comeback in Tamil cinema after 5 years in this movie.

In 2015, this film was remade into Marathi as Tu Hi Re, starring Swapnil Joshi, Sai Tamhankar, Tejaswini Pandit and directed by Sanjay Jadhav.