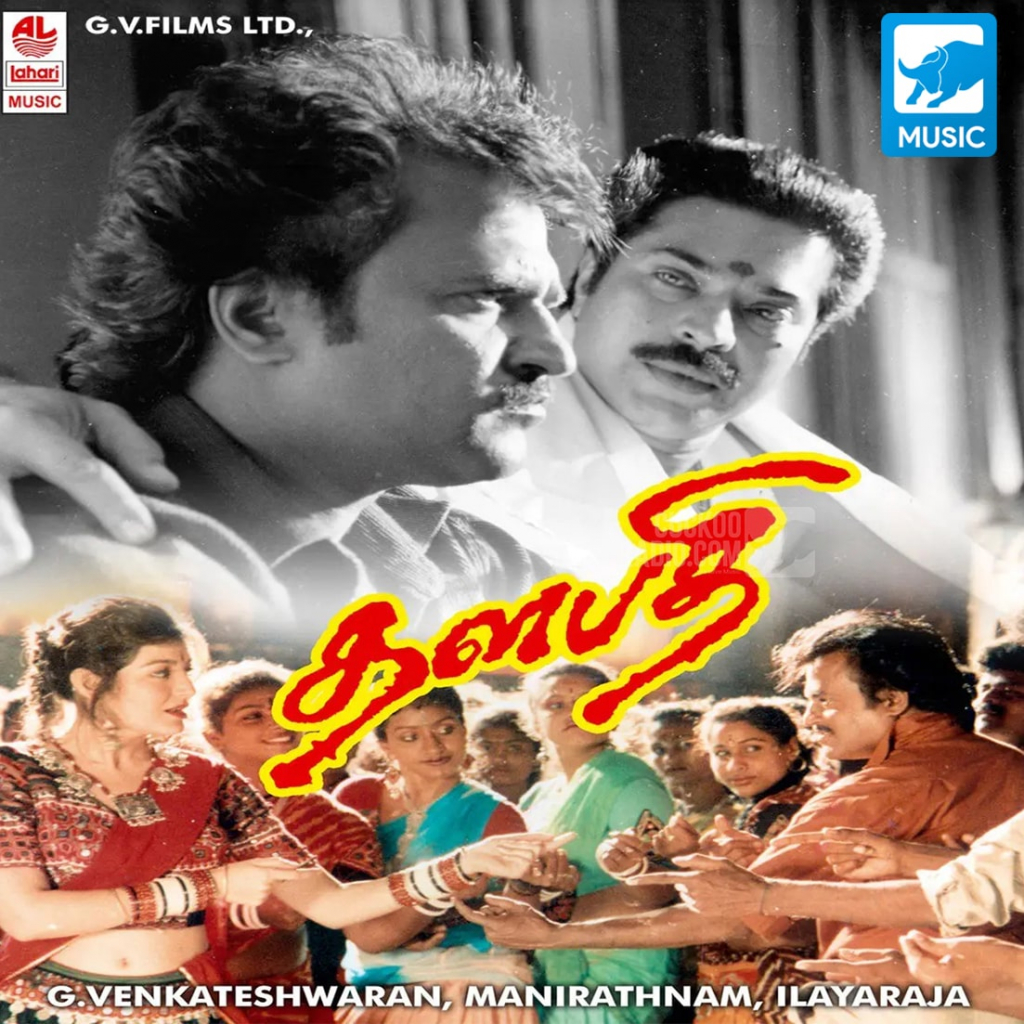 Thalapathi  is a 1991 Indian Tamil-language crime drama film written and directed by Mani Ratnam, and produced by G. Venkateswaran. The film stars Rajinikanth and Mammootty, with Arvind, Jaishankar, Amrish Puri, Srividya, Bhanupriya, Shobana and Geetha, in supporting roles. It revolves around a courageous slum dweller who befriends a powerful don, and a district collector’s attempts to thwart them.

The theme of Thalapathi is based on the friendship between Karna and Duryodhana, characters from the Hindu epic, Mahabharata. The score and soundtrack of the film were composed by Ilaiyaraaja, in his last collaboration with Ratnam, and the lyrics were written by poet Vaali. The cinematography was handled by Santosh Sivan, and editing by Suresh Urs. Shooting took place primarily in the state of Karnataka.

Thalapathi was released on 5 November 1991, Diwali day. The film emerged a critical and commercial success, and won two Filmfare Awards South: Best Director – Tamil and Best Music Director – Tamil. It was later remade in Kannada as Annavru (2003). It is also dubbed in Hindi as Dalapathi.