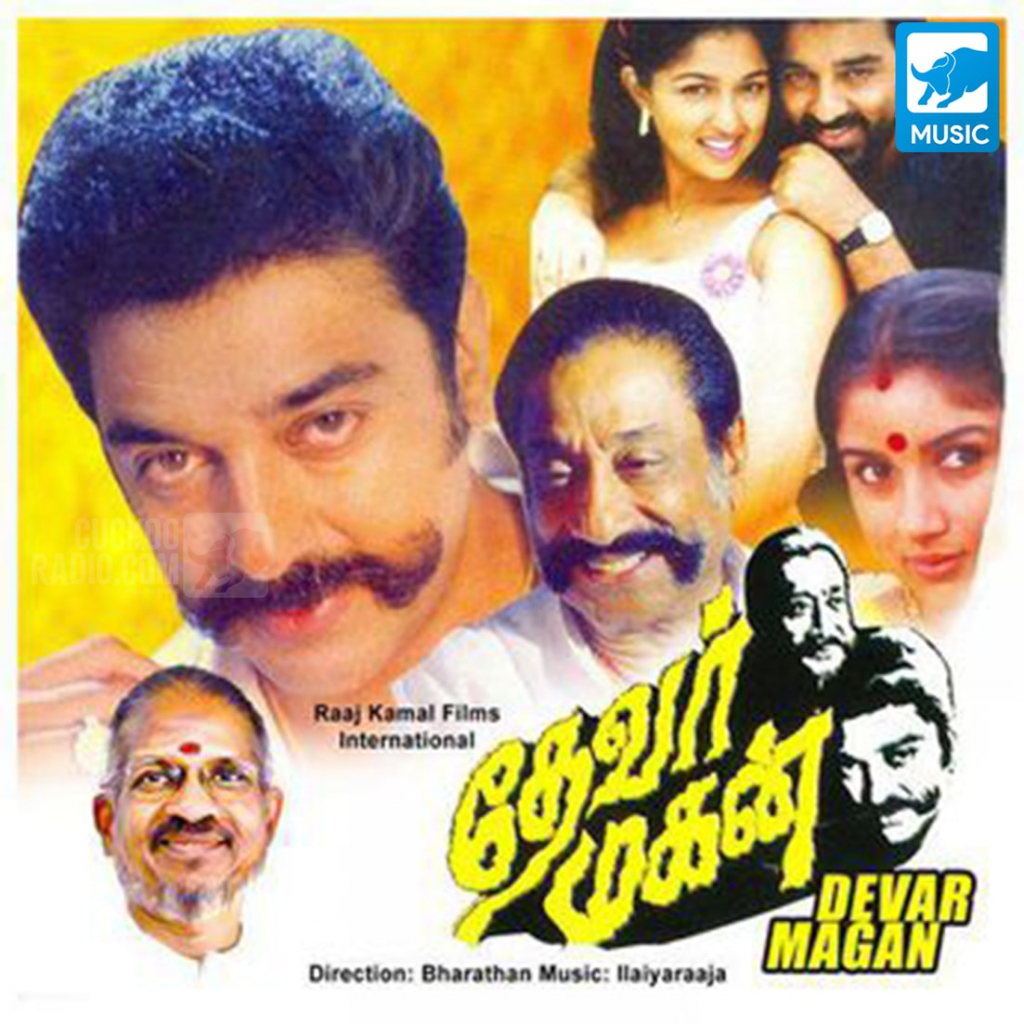 Thevar Magan  is a 1992 Indian Tamil-language drama film written and produced by Kamal Haasan, and directed by Bharathan. The film stars Sivaji Ganesan, Haasan, Revathi and Gautami and Nassar, with Kallapart Natarajan, Kaka Radhakrishnan, Sangili Murugan and Vadivelu in supporting roles. It revolves around a respected village chieftain’s son who wants to open his own business, whereas his father wants him to help the villagers.

The script of Thevar Magan was completed in seven days; it was the first written using a screenwriting software called “Movie Magic”. Cinematography was handled by P.C.Sreeram and editing by N. P. Satish. The film was predominantly shot in Pollachi.

Thevar Magan was released on 25 October 1992, Diwali day, to critical acclaim and completed a 175-day run at the box office. It was chosen by India as its entry for the Best Foreign Language Film for the 65th Academy Awards, but was not nominated. The film won five National Film Awards, including Best Tamil Film, Best Supporting Actress for Revathi, and a Special Jury Award for Ganesan which he declined. It was dubbed into Telugu as Kshathriya Puthrudu (transl. Son of a warrior), and later remade in Hindi as Virasat (1997) and in Kannada as Thandege Thakka Maga (2006).