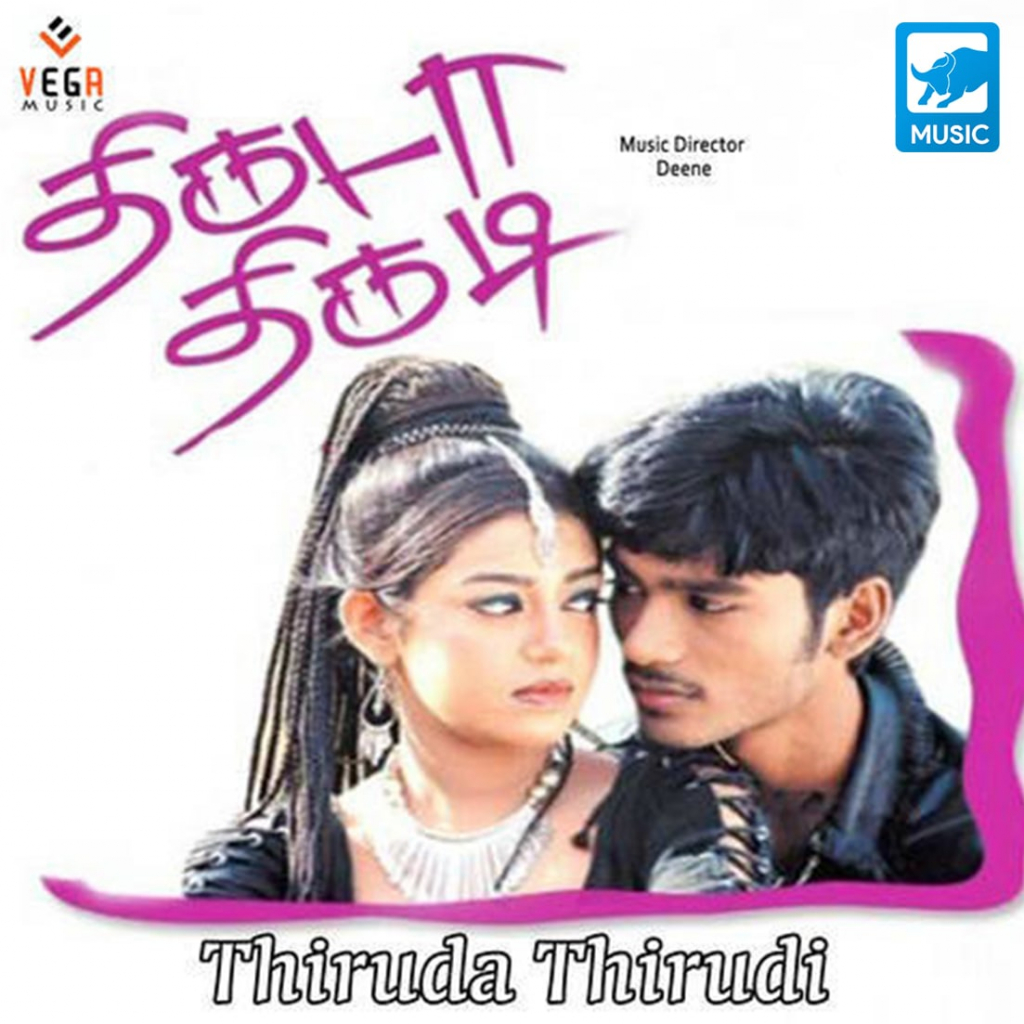 Thiruda Thirudi (English: Male Thief and Female Thief) is a 2003 Indian Tamil-language romantic comedy film written and directed by debutant Subramaniam Siva. The film stars Dhanush, Chaya Singh, Karunas, Manikka Vinayagam, and Krishna. This film was a low-budget production, and the soundtrack was composed by Dhina. The film was remade in Telugu as Donga Dongadi and in Kannada as Sakha Sakhi.

Vasu belongs to a lower-middle-class family and is irresponsible and untrustworthy. Viji is from a traditional Telugu family and is an ambitious and career-oriented girl. Vasu and Viji meet up, and one day, he follows her on her two-wheeler. She is so bugged by him that she fails to notice a vehicle ahead. Though he cautions her, she ends up having an accident. Vasu admits her in the hospital, but Viji holds him responsible for her accident. Both of them are at loggerheads and bicker constantly. Vasu leaves for Chennai in order to prove himself to his father, who is constantly criticising his irresponsibility. Meanwhile, Viji gets a job at Chennai and moves into the same apartment complex as Vasu. The rest of the story follows Vasu’s progress and deals with relationship between Vasu and Viji and whether or not their attitude for each other changed. Viji falls in love with Vasu, but he acts to hate her because she made him and his whole family separated. So in the middle, something happens, and they both end up loving each other. Vasu also got back together with his family.