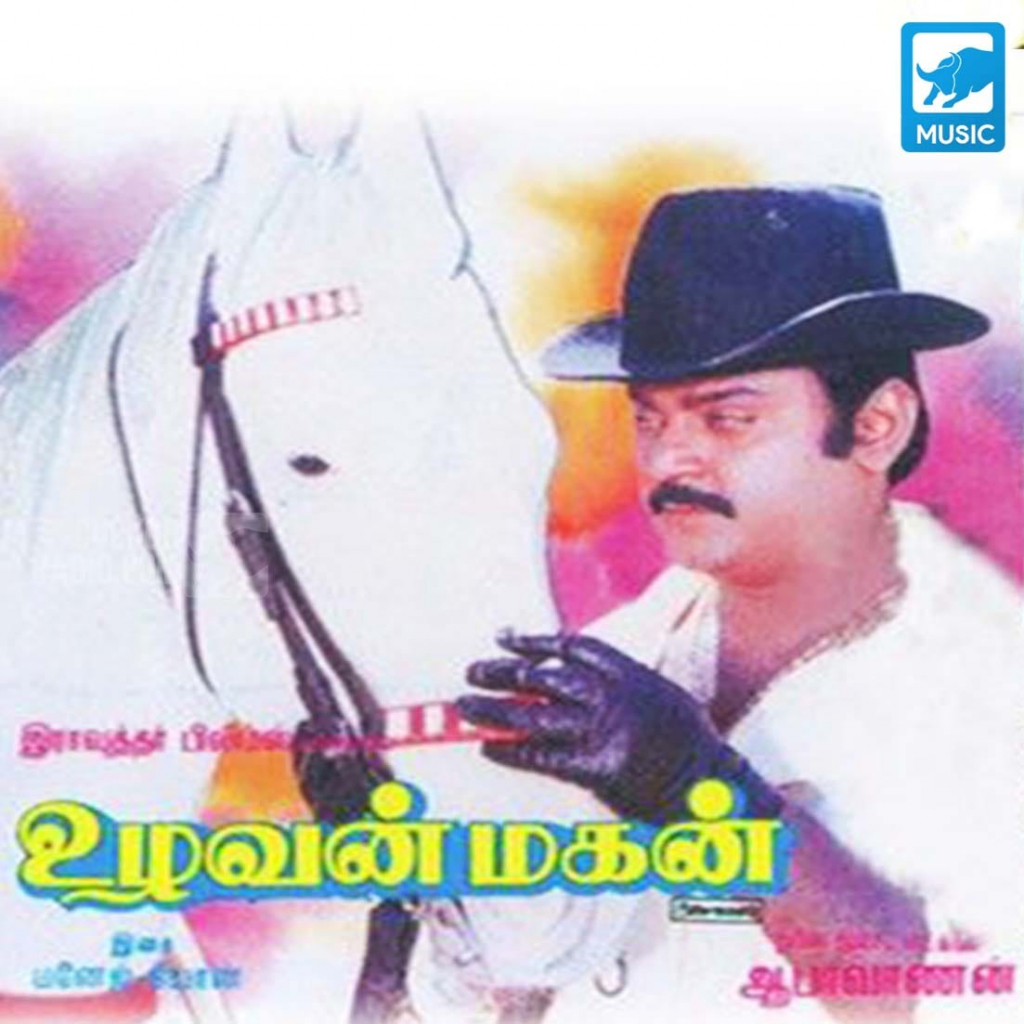 Uzhavan Magan (lit. ‘The Peasant’s Son’) is a 1987 Tamil language action drama film, directed by R. Aravindraj and produced by A. S. Ibrahim Ravuthar. The film stars Vijayakanth, Raadhika, Radha and Radha Ravi in lead roles. The film had musical score by Manoj Gyan. The film became a superhit it ran more than 100 days in theatres. The movie did great business at the box office.

For revenge, Nirmala’s family and Chinna Durai’s father (M. N. Nambiar) insist on getting married. While the wedding is in preparation, Gunasekhar’s troops twist the neck of Durai’s father. Chinna Durai seeing him dead, is embarked on Guna’s general surprise and his relatives for attempted murder to the police leaving her lover Selvi (Raadhika).

While Chinna Durai is in prison, the little brother Siva (Vijayakanth again) says that he wants to get revenge for Guna making her new husband believe in Nirmala but already had a positive relationship in the past. Chinnai Durai delivered and his brother Siva will now recover their father’s property.

The soundtrack was composed by Manoj Gyan, and the lyrics were written by Aabavanan.