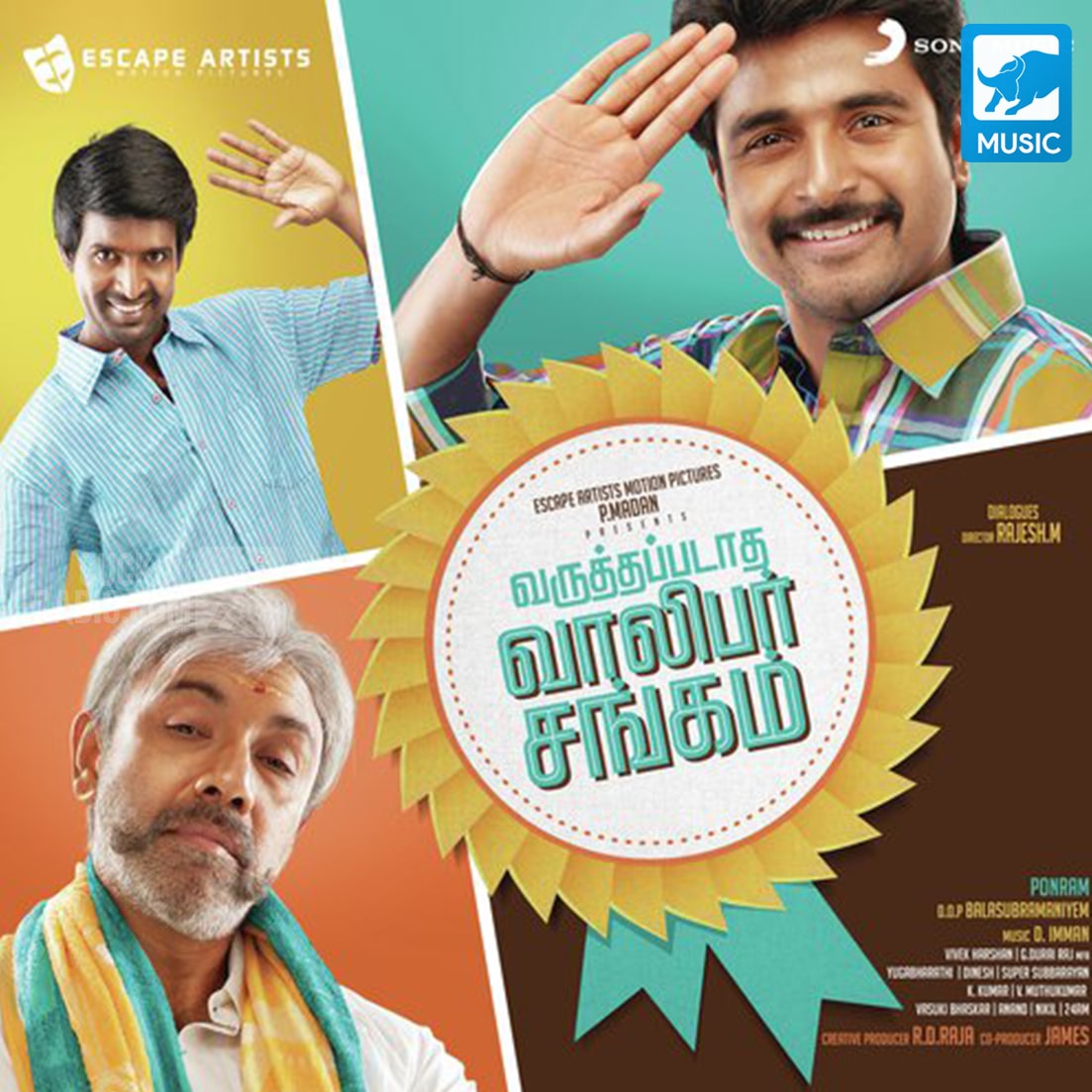 Hello Brother is a 1994 Telugu action-comedy film, produced by K. L. Narayana under the Sri Durga Arts banner, presented by S. Gopal Reddy and directed by E V V Satyanarayanan Varuthapadatha Valibar Sangam is a 2013 Indian Tamil-language romantic comedy film directed by Ponram, in his directorial debut. Produced by P. Madan under the Escape Artists Motion Pictures banner, it stars Sivakarthikeyan, Sathyaraj, Sri Divya and Soori in prominent roles. The music for the film is composed by D. Imman, with cinematography handled by Balasubramaniem and editing done by Vivek Harshan. M. Rajesh wrote the dialogues for the film. The principal photography which took place in Padalur, Theni, Tiruchi and Chennai, was completed on July 2013. The film was released on 6 September 2013, coinciding with the Ganesh Chathurthi weekend and performed well at the box office. The film was remade in Kannada as Adyaksha and in Telugu as Current Theega.