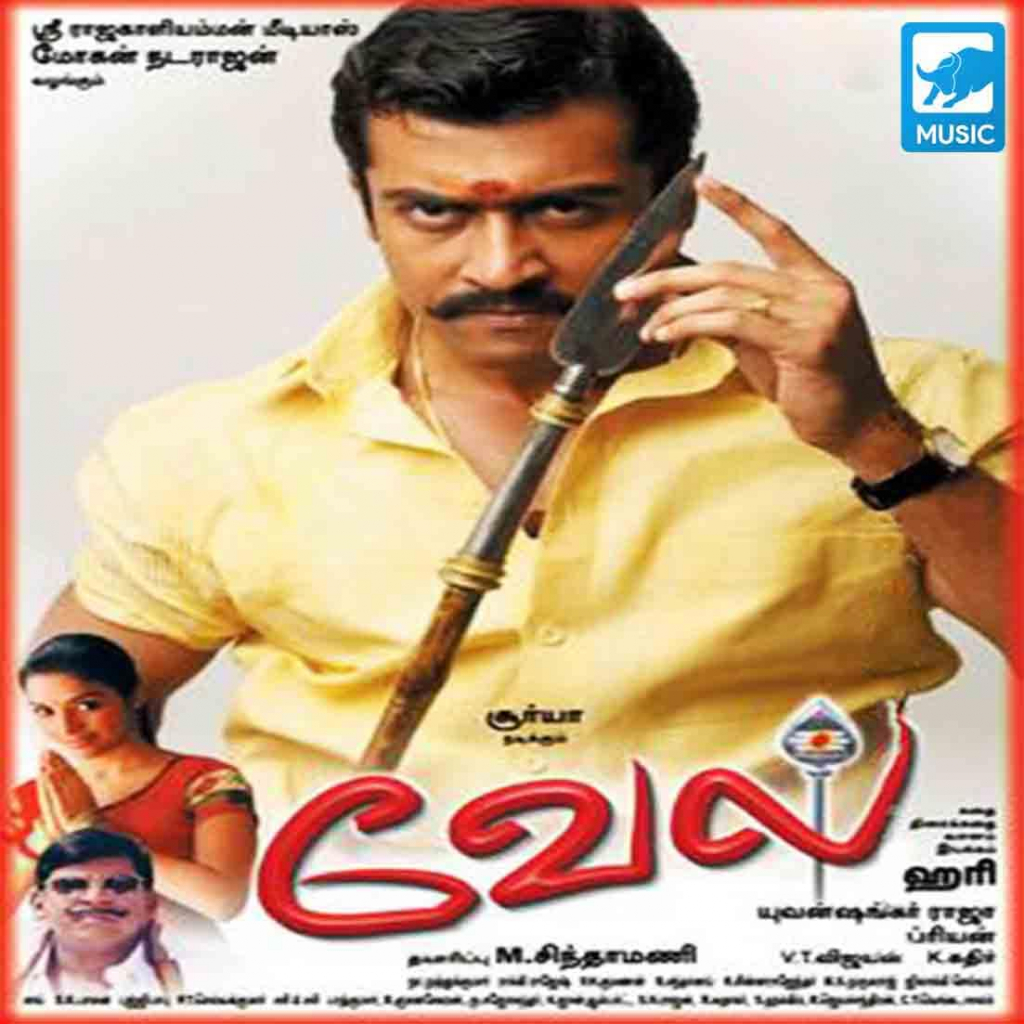 Vel  is a 2007 Indian Tamil-language action film written and directed by Hari and produced by Mohan Natarajan. It stars Suriya, Asin and Kalabhavan Mani. Suriya plays a dual role as identical twins. The film also features Vadivelu, Lakshmi, Saranya Ponvannan, Charan Raj, Ambika, and Nassar in supporting roles.[1] The film’s score and soundtrack was composed by Yuvan Shankar Raja. Priyan handled the cinematography, while V. T. Vijayan handled the editing. The film released on 8 November 2007, coinciding with Diwali. The film was later dubbed and released in Telugu as Deva and in Hindi as Main Faisla Karunga in 2014.

Thiyagarajan (Charan Raj) and Sharadha (Saranya Ponvannan), a couple who have twins, lose one of them while traveling between Tirunelveli and Chennai. The child stolen by a beggar for its gold chain is abandoned at the door of a rich feudal landlord. He is brought up in the family as Vel (Suriya) and becomes the darling of everybody including Appatha (Lakshmi), the family head. Meanwhile the other twin grows up and becomes a private detective Vasu (Suriya), who falls in love with a television hostess, Swathi (Asin). At the same time Vel is given a tough time by Sakkara Pandi (Kalabhavan Mani), a former minister and local strongman who has his own axe to grind. The twins meet, swap their roles and unite to fight the villain, forms the rest of this predictable yarn.