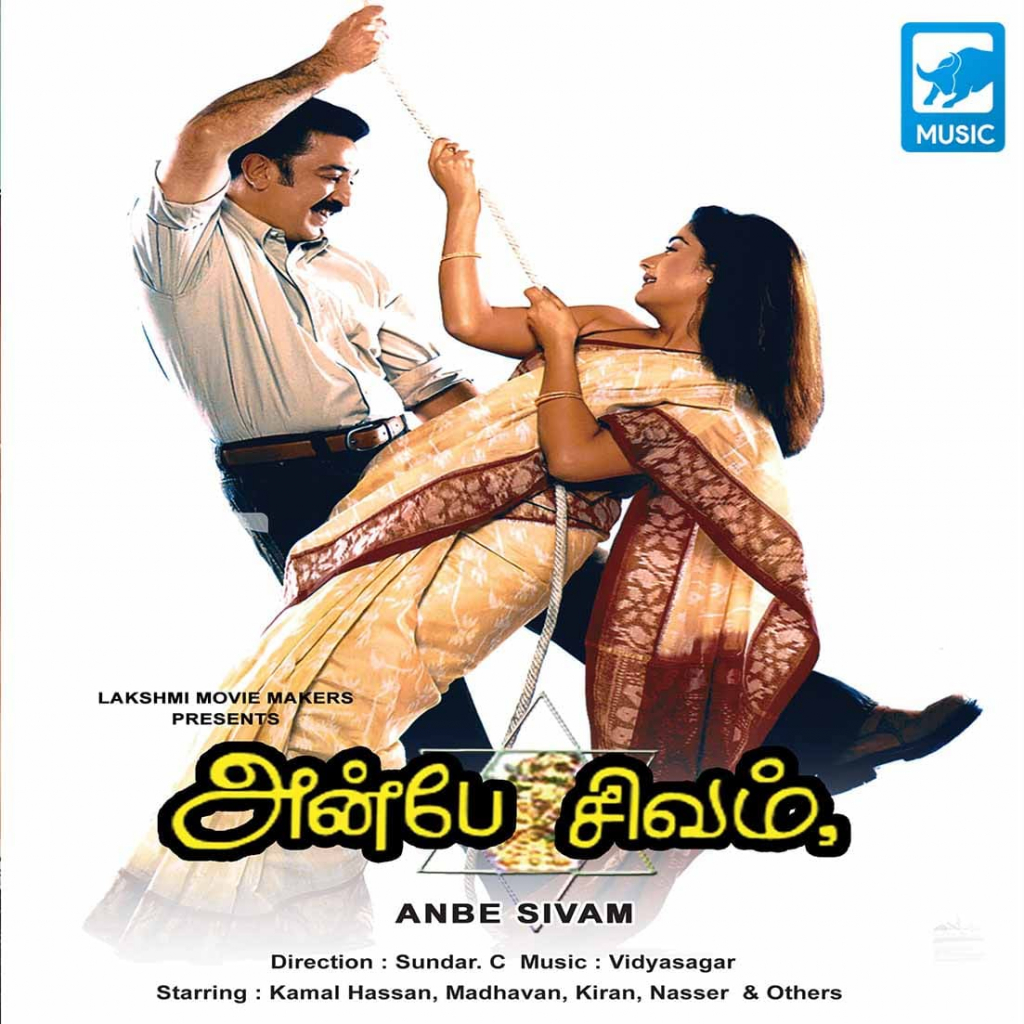 The film tells the story of an unexpected journey from Bhubaneswar to Chennai undertaken by two men of contrasting personalities, Nallasivam and Anbarasu. The musical score was composed by Vidyasagar. Arthur A. Wilson and M. Prabhaharan undertook responsibility for the film’s cinematography and art direction, respectively.

Produced on a budget of ₹120 million, Anbe Sivam takes on several themes, including communism, atheism, and altruism, and depicts Haasan’s views as a humanist. The film was released on 15 January 2003 to positive reviews from critics, but underperformed at the box office. Despite its failure, it gained recognition over the years through re-runs on television channels and is now regarded as a classic and a cult film in Tamil cinema.

Anbe Sivam was screened as part of the Indian Panorama section of the International Film Festival of India in 2003. At the 51st Filmfare Awards South, it received a Special Jury Award and received nominations in the Best Film and Best Actor (Haasan) categories. Madhavan was awarded Best Actor at the 2003 Tamil Nadu State Film Awards.