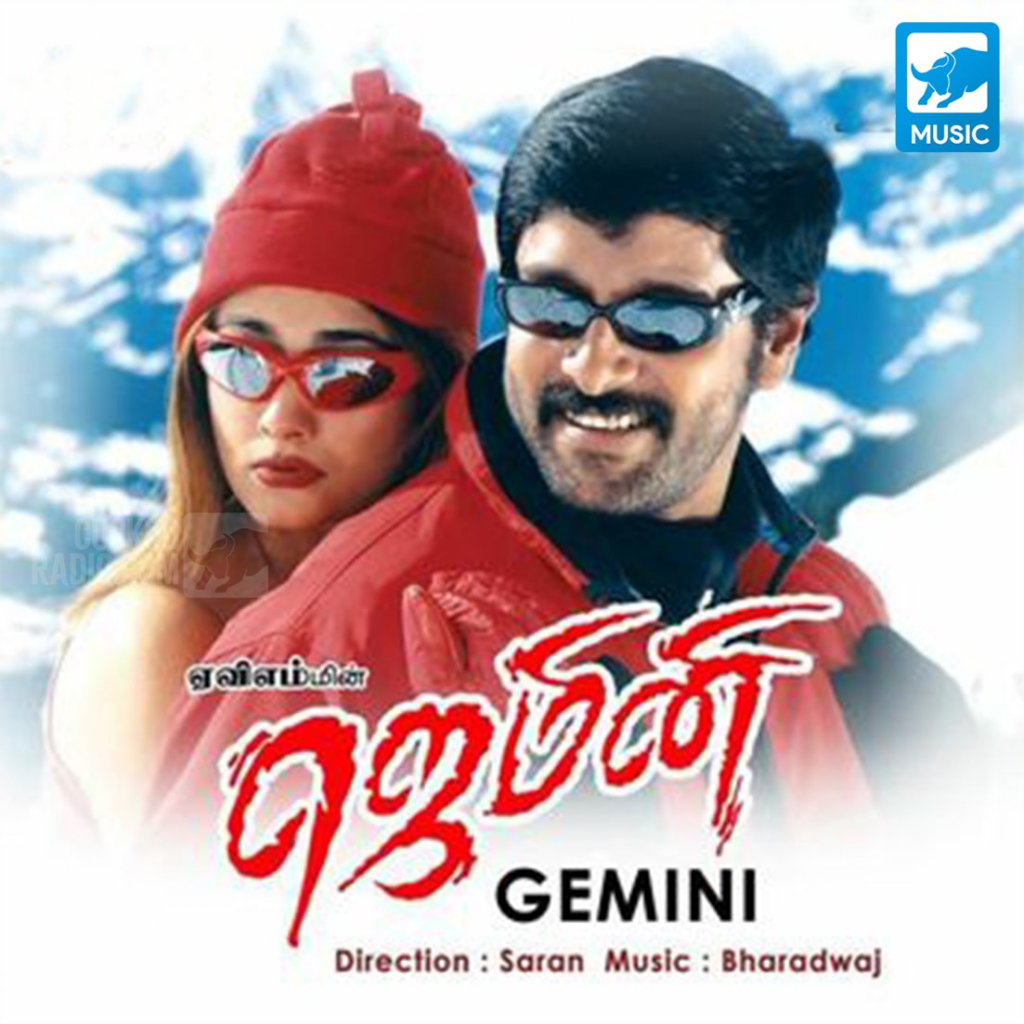 Gemini is a 2002 Indian Tamil-language action film written and directed by Saran and produced by AVM Productions. The film features Vikram in the title role of a small-time criminal and aspiring don who, after falling in love, decides to refrain from crime; Kiran Rathod plays his love interest. Murali stars as Singaperumal, a police officer who inspires and guides Gemini in his attempts to reform. The cast includes Kalabhavan Mani as the main antagonist while Vinu Chakravarthy, Manorama and Thennavan portray significant roles. Based on gang wars in Chennai, the film delves into the lives of outlaws and the roles the police and society play in their rehabilitation and acceptance.

In early 2001, rival gangsters “Vellai” Ravi and Chera reformed themselves with the patronage of a police officer. Saran was inspired by this incident and scripted a story based on it. The film was initially entitled Erumugam with Ajith Kumar intended to play the lead role, but the project was shelved after a week’s shoot when Ajith lost interest and left. Saran reworked the script, retitled the production Gemini and cast the new leads. The revived project was announced in August 2001. Production began shortly afterwards in December the same year and was completed by March 2002. The film was shot mainly at the AVM Studios in Chennai, while two song sequences were filmed in Switzerland. The film had cinematography by A. Venkatesh and editing by Suresh Urs while the soundtrack was scored by Bharadwaj.

The soundtrack was well received, with the song “O Podu” becoming a sensation in Tamil Nadu. Gemini was released two days ahead of the Tamil New Year on 12 April 2002 and received mixed reviews, with praise for the performances of Vikram and Mani but criticism of Saran’s script. Made at an estimated cost of ₹40 million (US$560,000), the film earned ₹210 million (US$2.9 million) at the box office and became the highest-grossing Tamil film of the year. Its success, largely attributed to the popularity of “O Podu”, resurrected the Tamil film industry, which was experiencing difficulties after a series of box office failures. The film won three Filmfare Awards, three ITFA Awards and four Cinema Express Awards. Later that same year, Saran remade the film in Telugu as Gemeni.