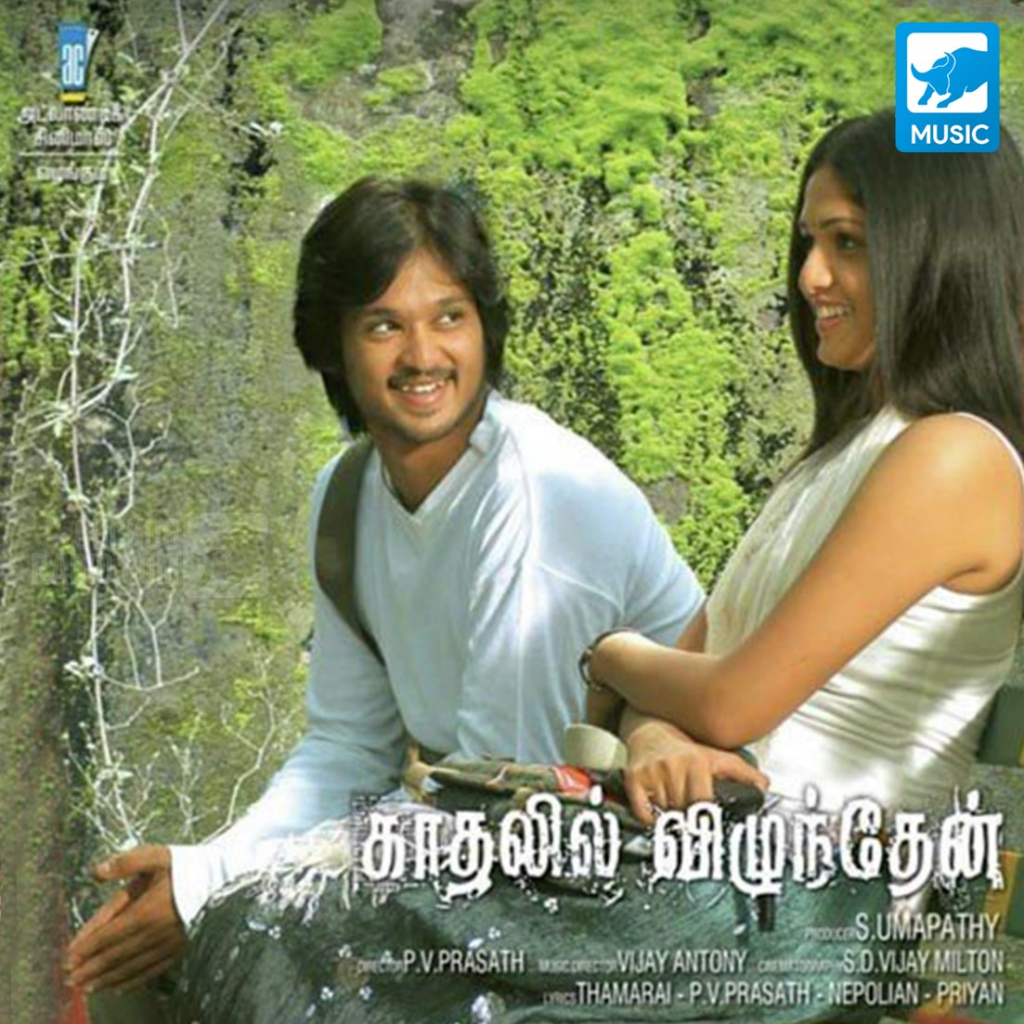 Kadhalil Vizhunthen  is a 2008 Indian Tamil-language romantic action thriller film written and directed by P. V. Prasath starring Nakul and Sunaina. The film has music by Vijay Antony, cinematography by S.D. Vijay Milton and editing by V. T. Vijayan. The shooting for the film started in August 2007 and the film was released in September 2008.

The song Nakka Mukka, a kuthu (folk) song and Thozhiya.., a melodious romantic song were very successful hits composed by young music director Vijay Antony and was one of the main reasons of the film’s success. Nakka Mukka was played in the opening ceremony of the Cricket World Cup 2011 held at Mirpur, Bangladesh. It also featured among a medley of Tamil songs performed by Shah Rukh Khan and Shriya Saran in the inaugural of the fourth edition of the Indian Premier League 2011 held at Chennai, India.