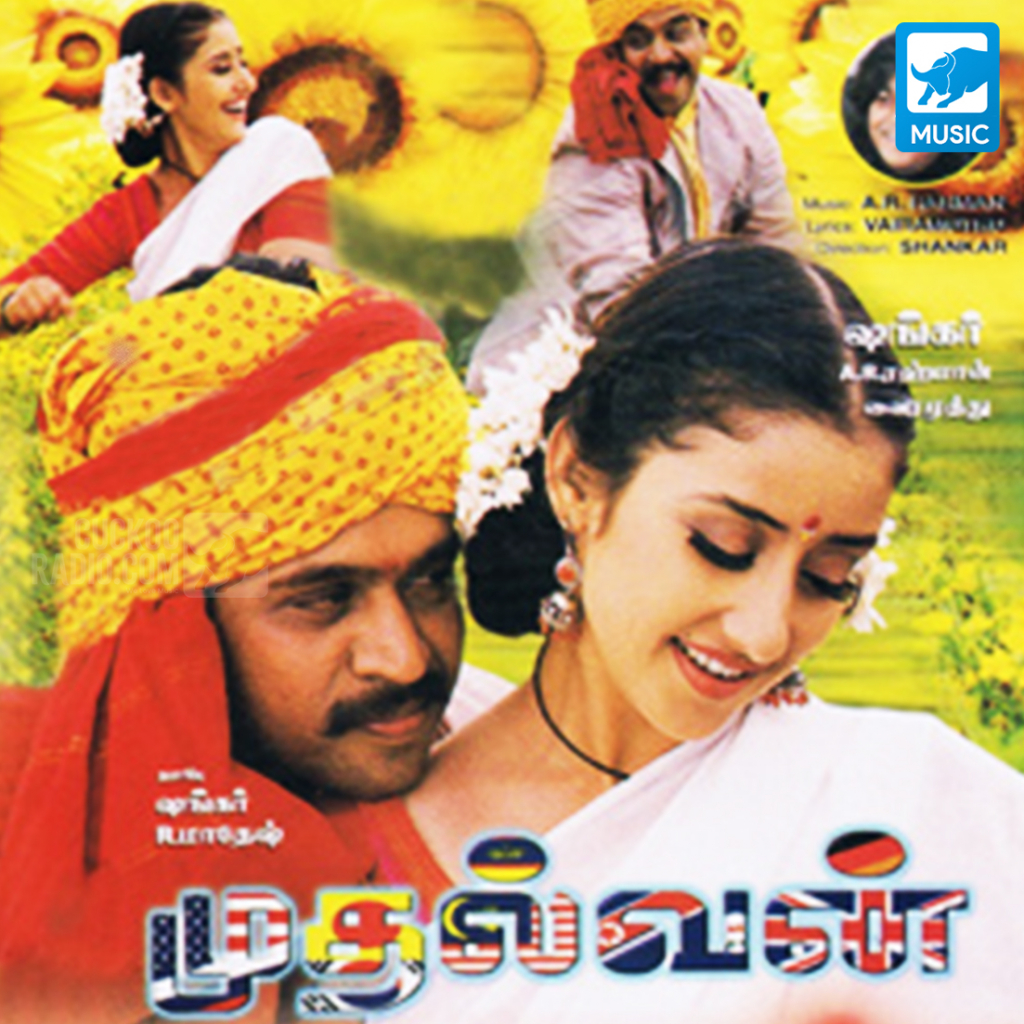 Mudhalvan (transl. ’Chief Minister, leader’) is a 1999 Indian Tamil-language political action thriller film produced by R.Madhesh and S.Shankar written, and directed by S. Shankar. The film features Arjun and Manisha Koirala playing the lead with Raghuvaran playing the antagonist while Vadivelu and Manivannan feature in supporting roles. The film featured an award-winning soundtrack composed by A.R.Rahman, cinematography by K. V. Anand and dialogues by Sujatha.

The film revolves around an ambitious TV journalist, Pughazhendi, who gets his first interview with the Chief Minister of Tamil Nadu. Pughazh asks harder questions, and the Chief Minister starts trembling and asks him to put his money where his mike is and become his replacement CM for a day. After initially rejecting the offer, Pugazh agrees and does such a great job on his first day, that the actual cabinet collapses and fresh elections are held, where state voters eventually elect him to be their new official Chief Minister. The subsequent unpopularity and jealousy that the old Chief Minister goes through results in him taking revenge on Pugazh, and how he is stopped forms the crux of the story.

The film was released on 7 November 1999, as a Deepavali release. The film enjoyed positive critical acclaim and emerged as one of the top grossing Tamil films of 1999. The film ran for over 100 days in theaters and won awards on a regional scale. The film was then dubbed and released in Telugu as Oke Okkadu which was also successful and later remade in Hindi as Nayak (2001) starring Anil Kapoor. This movie was also unofficial remade twice in Dhallywood (Cinema of Bangladesh) as Minister (2003) directed by Kazi Hayat starring Manna and Top Hero (2010) directed by Montazur Rahman Akbar starring Shakib Khan. The film also loosely remade in Tollywood (Cinema of West Bengal) as MLA Fatakeshto (2006) directed by Swapan Saha starring Mithun Chakraborty.