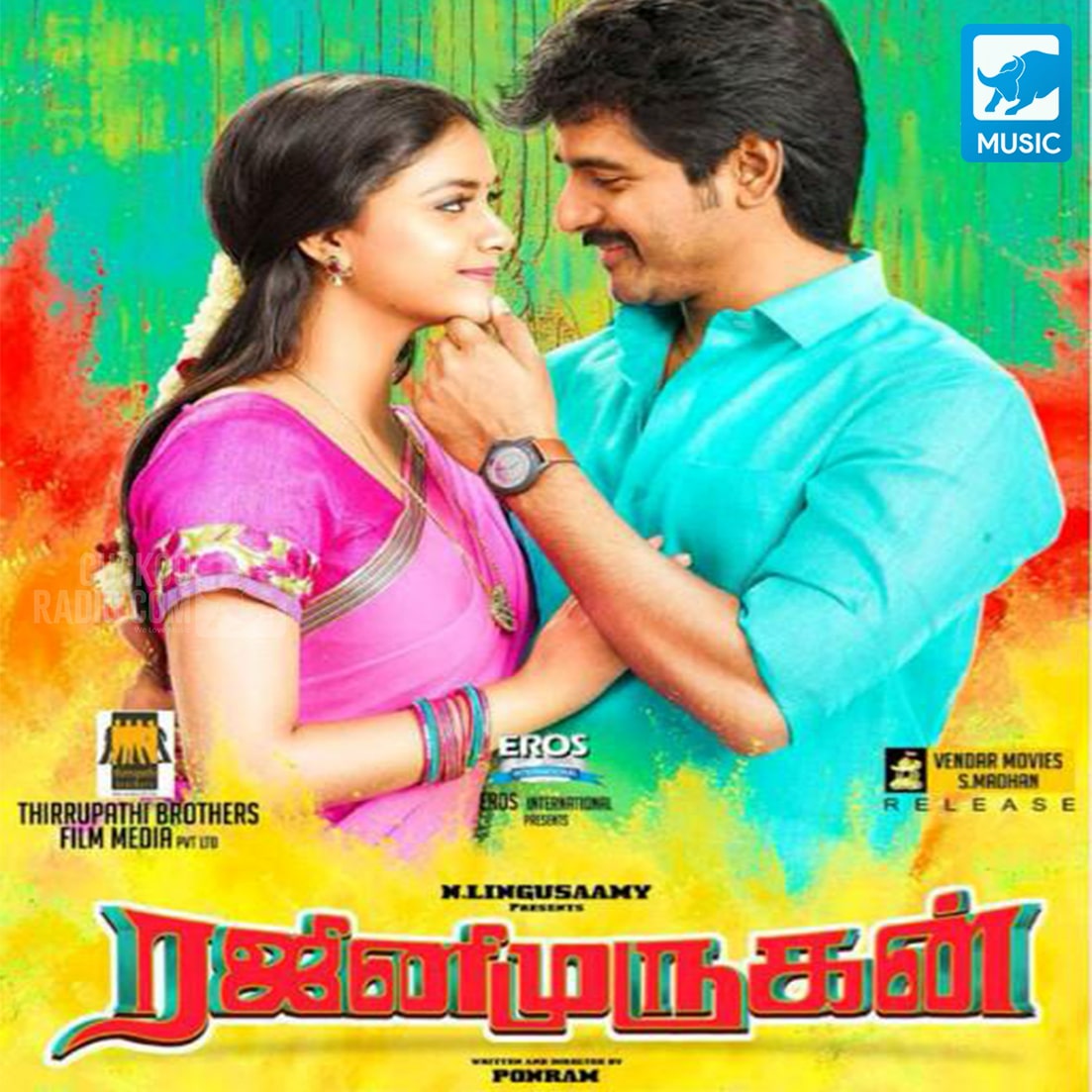 Rajinimurugan is a 2016 Indian Tamil-language masala film written and directed by Ponram, and produced by director N. Lingusamy and N. Subash Chandra Bose under the banner Thirrupathi Brothers. This is the second directorial venture of Ponram, after Varuthapadaatha Valibar Sangam (2013). It stars Sivakarthikeyan, playing the titular role, Rajini Murugan, who is a jobless youth, decides to sell his grandfather’s property, to become rich. Keerthy Suresh and Soori portray the lead roles, while Rajkiran, Samuthirakani and Achyuth Kumar amongst others play supporting roles.

The film features soundtrack composed by D. Imman, with all lyrics were written by Yugabharathi. The cinematography was handled by Balasubramaniem, and edited by Vivek Harshan. Filming took place extensively in Madurai and Karaikkudi. The film’s principal photography was commenced on 25 August 2014, and the shooting completed in March 2015.

Rajinimurugan, which faced multiple postponements, released on 14 January 2016, during the Thai Pongal festival. The film grossed ₹51 crore (US$7.2 million).