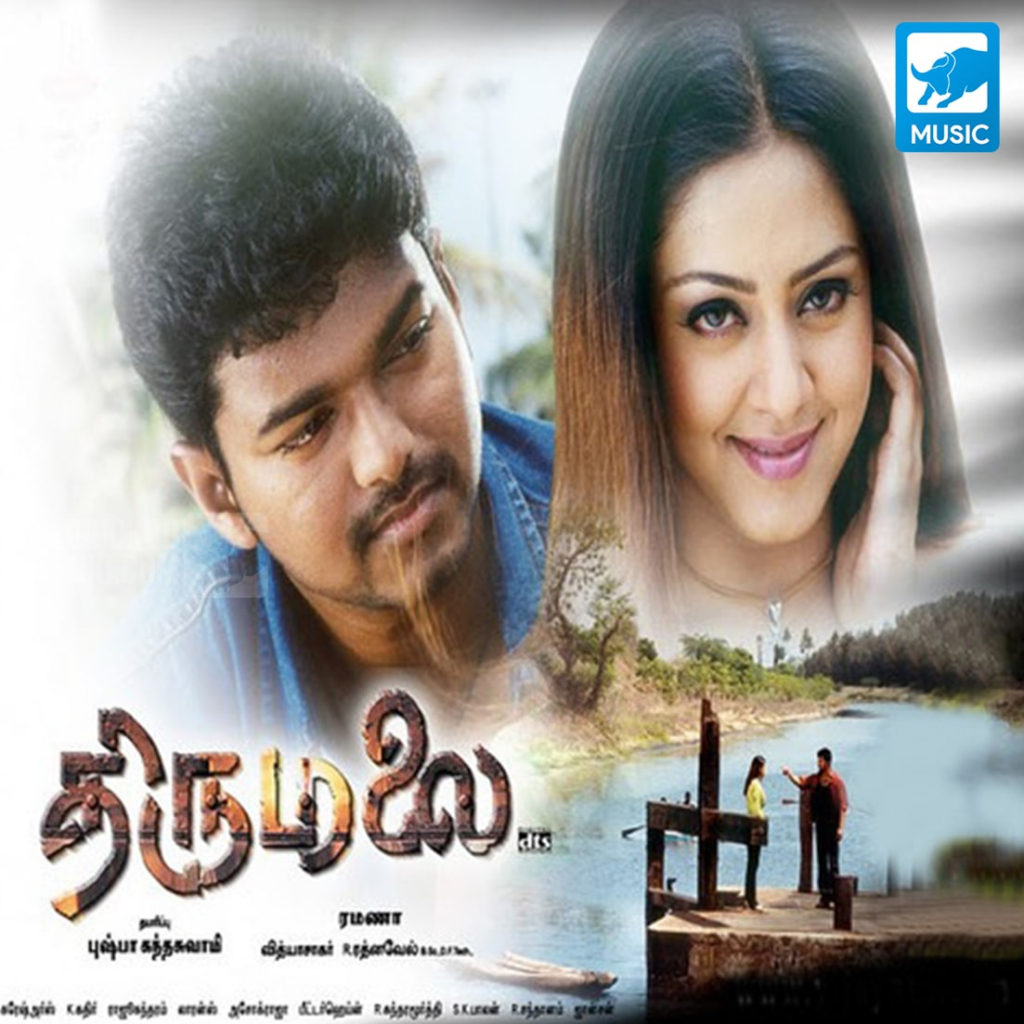 Produced by Kavithalayaa Productions banner, Thirumalai shows Vijay playing a bike mechanic of the Pudupet area in Chennai. This film was a turning point in Vijay’s career as he transitioned himself into a leading action hero from a romantic hero in his acting career. The filming began in June 2002 and the film was finally released on 24 October 2003, on account of Diwali, and was a declared as a successful venture at the box office.

The film was remade in Telugu as Gowri with Sumanth and Charmme Kaur in 2004 & Dhallywood (Cinema of Bangladesh) as Kotha Dao Sathi Hobe with Shakib Khan and Apu Biswas in 2007.

Thirumalai (Vijay) is a mechanic who lives with his friends in Puthupet, Chennai. On the occasion of 2002 New Year’s Eve, he meets Swetha (Jyothika) and falls in love with her. He starts stalking her. But she beats him up with the help of her goons. After realizing his good nature, she reciprocates his feelings. This is opposed by her father Ashok (Avinash), who calls a thug named Arasu (Manoj K. Jayan), who has a reputation of being a big mafia crime boss in Chennai. Hence, Thirumalai fights with them and this makes Arasu realize all of his misbehavior. In the end, Arasu changes his mind about the match, and Ashok also realizes his mistakes. He accepts their love finally, and both reunite with each other. 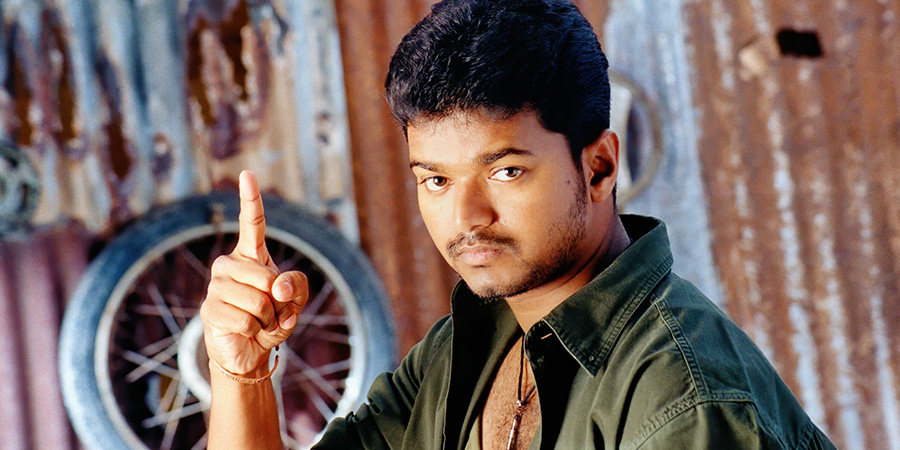 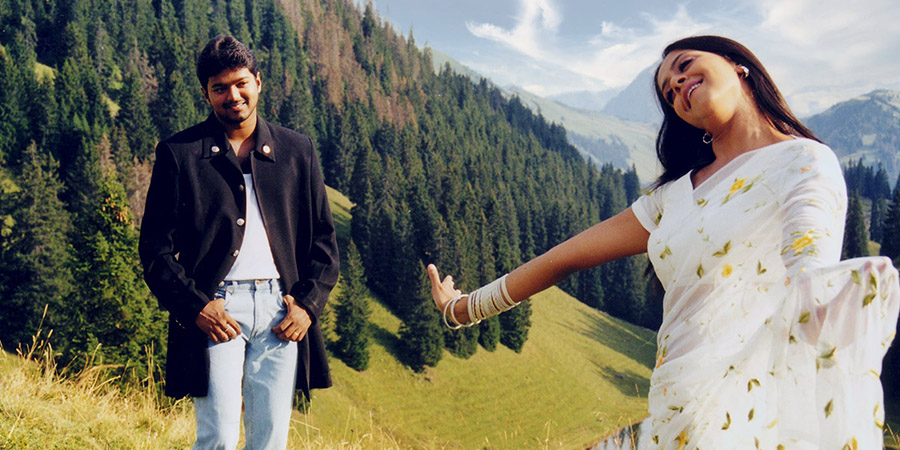