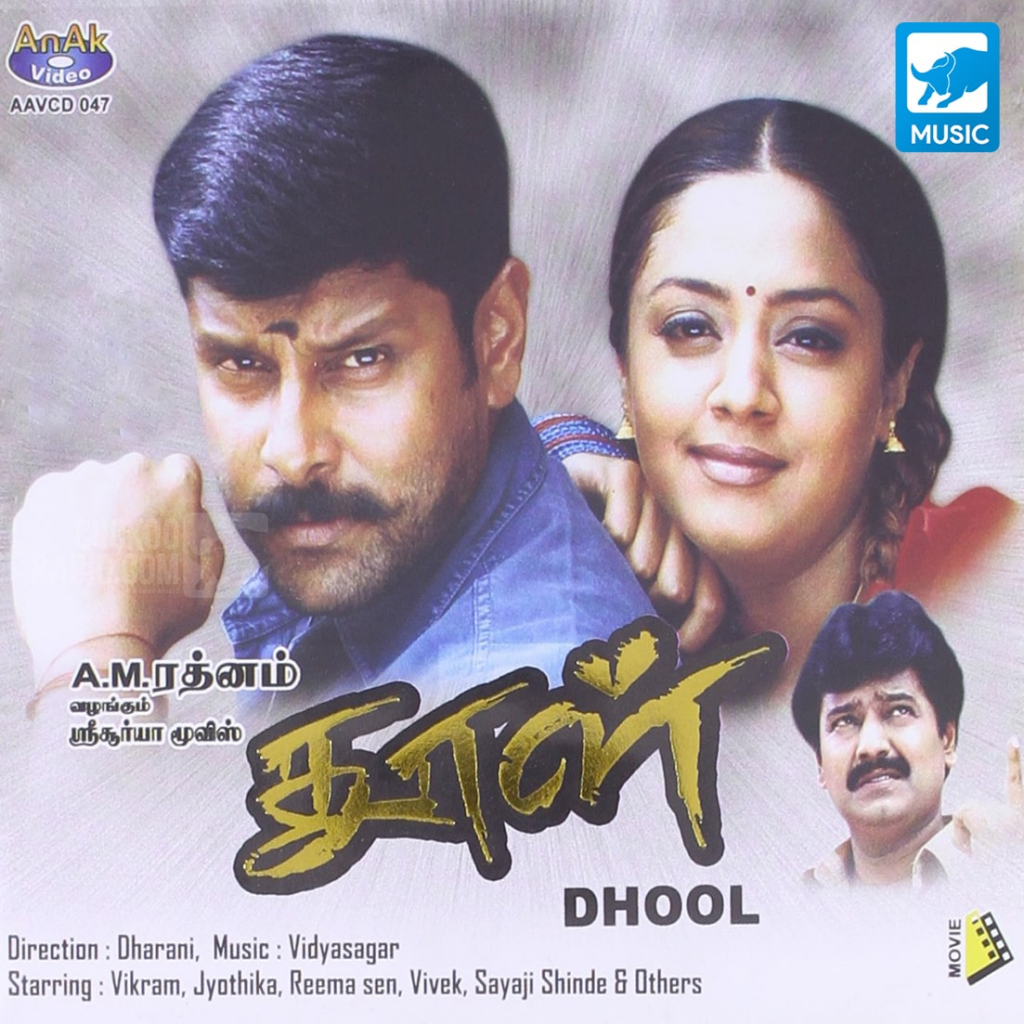 Arumugam (Vikram) lives in a village and is a kindhearted man. There is a chemical factory in the village which releases toxic wastes into the river, and the villagers decide to give a petition to Minister Kaalaipandi (Sayaji Shinde) requesting him to close the factory. Arumugam and his childhood rival Eswari (Jyothika), along with her grandmother Mundakanni (Paravai Muniyamma), leave to Chennai to meet Kaalaipandi, who has won from the village’s constituency. All three reach Chennai and stay with Narayanan (a) Narain (Vivek), who also belongs to the same village but is settled in Chennai. Swapna (Reema Sen), a fashion model, also lives near Narain’s home, and she is attracted towards Arumugam, whereas Narain loves her. Arumugam meets Kaalaipandi amidst a heavy crowd and conveys the problems faced by their villagers due to water pollution. Kaalaipandi assures to take swift action.

Meanwhile, Sornaka (Telangana Shakuntala) and her brother Aadhi (Pasupathy) are local goons involved in many illegal activities with Kaalaipandi supporting them incognito. One day, Eswari accidentally collides with Aadhi, following which he tries to hit her, but she is saved by Arumugam. In the ensuing scuffle, Arumugam fractures Aadhi’s hands. Now, Sornaka and Aadhi set an eye on Arumugam and decide to trouble him. They, along with Kaalaipandi’s help, kidnap Arumugam and injure him badly. Kaalaipandi also informs that he will never take any action against the chemical factory in his village. Narain, Swapna, and Eswari rescue and treat Arumugam. Arumugam discloses the true image of Kaalaipandi and the culprits behind him to Eswari and Narain.

Arumugam decides to take revenge on Kaalaipandi and tarnish his image among the public. Arumugam uses Kaalaipandi’s memo pad and forges a letter praising an adult movie and requesting it to be published in a daily newspaper. The newspaper editor believes it and publishes it the next day. This brings agitation among political parties, and people demand resignation from Kaalaipandi. Meanwhile, Sornaka decides to kidnap Eswari and kill Arumugam, but instead, Arumugam thrashes Sornaka’s men and saves Eswari. Sornaka, while trying to escape, gets hit by a lorry and dies.

Kaalaipandi decides to bring back his lost image by staging a fast until death event, which will bring sympathy among citizens. Arumugam mixes his village’s dirty water into the drink served to break the fast. When he discloses it on the media, fearing his position, Kaalaipandi attempts to kill the CM in hospital. Arumugam is arrested on a false case. When Kaalaipandi once again tries his luck to kill the CM, Arumugam uses his skills and gets Kaalaipandi killed on the hands of policemen (who were aiming for Arumugam). Arumugam returns to his village with Eswari and Mundakanni, while the CM, having escaped the attempts on his life; exposes Kaalaipaandi. It is also shown that both Arumugam and Eswari had developed a romantic interest in each other. The film ends with the whole village celebrating Arumugam’s victory.