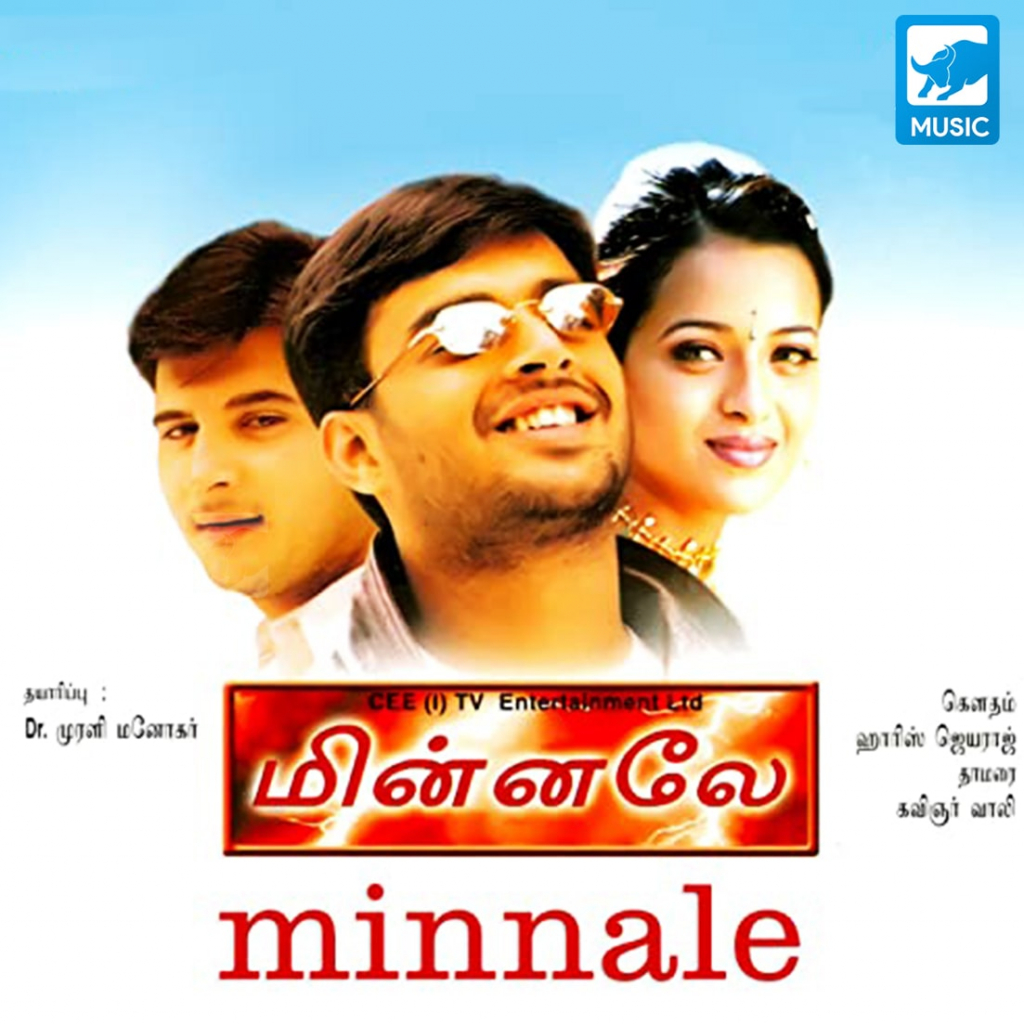 Minnale (transl. Lightning) is a 2001 Indian Tamil-language romance film directed by Gautham Menon. The story was written by him and Vipul D. Shah. Starring Madhavan, Abbas, Reema, Vivek and Nagesh, it tells the story of a love-struck man stealing the identity of his former college foe to pursue his lady love and the eventual repercussions he has to face when his cover is blown.

Minnale is the directorial debut of Menon. The film’s original soundtrack composed by first time music composer Harris Jayaraj, became a chartbuster prior to the film’s release. The cinematography of the film was handled by R. D. Rajasekhar and Ravi Varman and it was edited by Suresh Urs.

Minnale was released on February 2, 2001. The film received positive reviews from critics and enjoyed stupendous blockbuster commercial success at the box office. Menon remade the film the same year in Hindi as Rehnaa Hai Terre Dil Mein, which featured Madhavan reprising his role.